Monsters bounce back with 5-2 win over Checkers 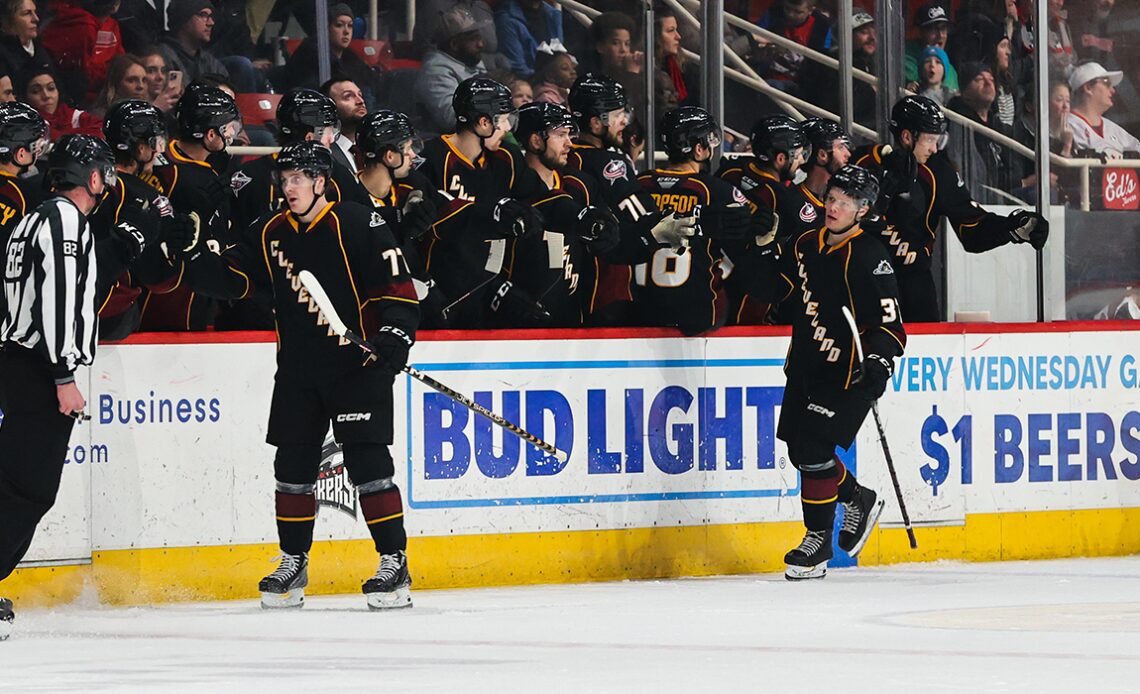 The Cleveland Monsters defeated the Charlotte Checkers 5-2 on Sunday afternoon at Bojangles’ Coliseum. With the win, the Monsters are now 15-18-3-2 and are currently in sixth place in the AHL’s North Division standings.

Charlotte’s Riley Nash recorded the lone tally in the first period at 1:03 putting the Checkers ahead 1-0 after 20 minutes. Gerry Mayhew scored at 6:33 in the middle frame, followed by Tyler Angle at 8:52 off feeds from Roman Ahcan and Trey Fix-Wolansky and a short-handed unassisted tally by Josh Dunne at 14:24 making it 2-2 going into the second intermission. The Monsters took control of the third period when Cole Fonstad scored at 9:23 with a helper from Owen Sillinger, followed by a Fix-Wolansky goal at 10:57 assisted by Angle and Jake Christiansen, and finished off with Angle’s empty net goal off feeds from Fix-Wolansky and Marcus Bjork at 18:12 resulting in a 5-2 win for the Monsters.

Cleveland’s Daniil Tarasov made 33 saves for the win while Charlotte’s Spencer Knight stopped 22 shots in defeat.

The Monsters head home to face the Laval Rocket on Friday, January 27, with a 7:00 p.m. puck drop at Rocket Mortgage FieldHouse. Follow the games with full coverage on FOX Sports 1350 ‘The Gambler’, AHLTV and the Monsters Hockey Network.