Boudreau’s Tenure With Canucks A Roller Coaster of Emotions 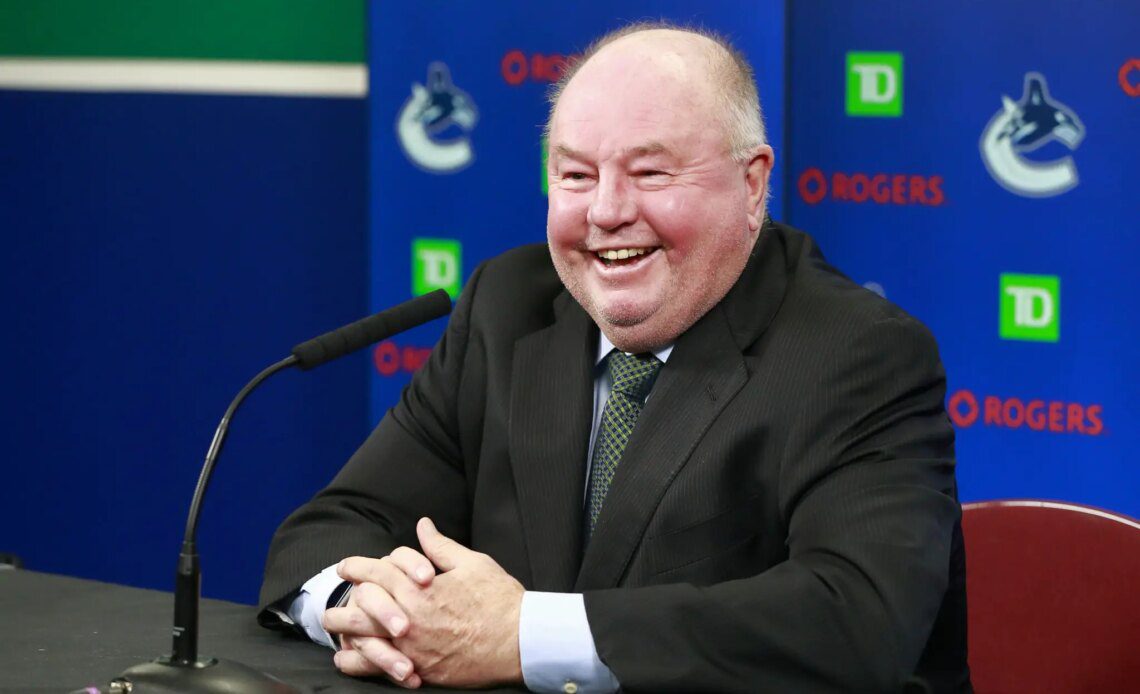 Bruce Boudreau‘s coaching tenure with the Vancouver Canucks lasted just 103 games but featured some of the highest highs and lowest lows this organization has seen in the past decade. Whether it was the “Bruce, There It Is” chants or the Canucks stringing him along near the end despite his replacement being known, the past 13 months are some Canucks fans won’t soon forget. Here is a look back at his time as head coach of the team.

“Bruce, There It Is”

Boudreau took over behind the Canucks bench on Dec. 5, 2021. They had just lost to the Pittsburgh Penguins, and a fan had thrown their jersey on the ice in a sign of protest. After his hiring, Vancouver would go on to win seven straight games, which revitalize the fan base. Fans were excited about not just the change in personnel but also the team’s play that they started the “Bruce, There It Is” chant changing the lyrics to the popular song “Whoomp! (There It Is)” by Tag Team. While it would take a miracle for the Canucks to make the playoffs, there was a belief within the organization and fan base that the “Bruce Bump” could lead them to the postseason.

While the Canucks did not make the playoffs, they were close, finishing five points below the playoff bar. They had gone 32-15-10 over their final 57 games, with their .649% winning percentage ranking 11th across the league during that stretch. The most impressive of their run, though, was the temporarily-fixed penalty kill, as during the 57 games, it had an 80.5% kill rate. This was miles better than the 64.6% rate when he first arrived.

One big reason behind the success was he put players in positions to succeed. Elias Pettersson and Quinn Hughes both were given shorthanded time and proved they could be effective penalty killers, Brock Boeser found his shooting confidence and scored 19 goals over his final 49 games, and J.T. Miller played so well he became a 99-point player and earned a massive contract extension. It was clear Boudreau’s message was getting through to the players, and there was a sense of optimism among the fan base going into the 2022-23 season that they would finally get to watch a playoff game live in Vancouver for the first time since 2015.