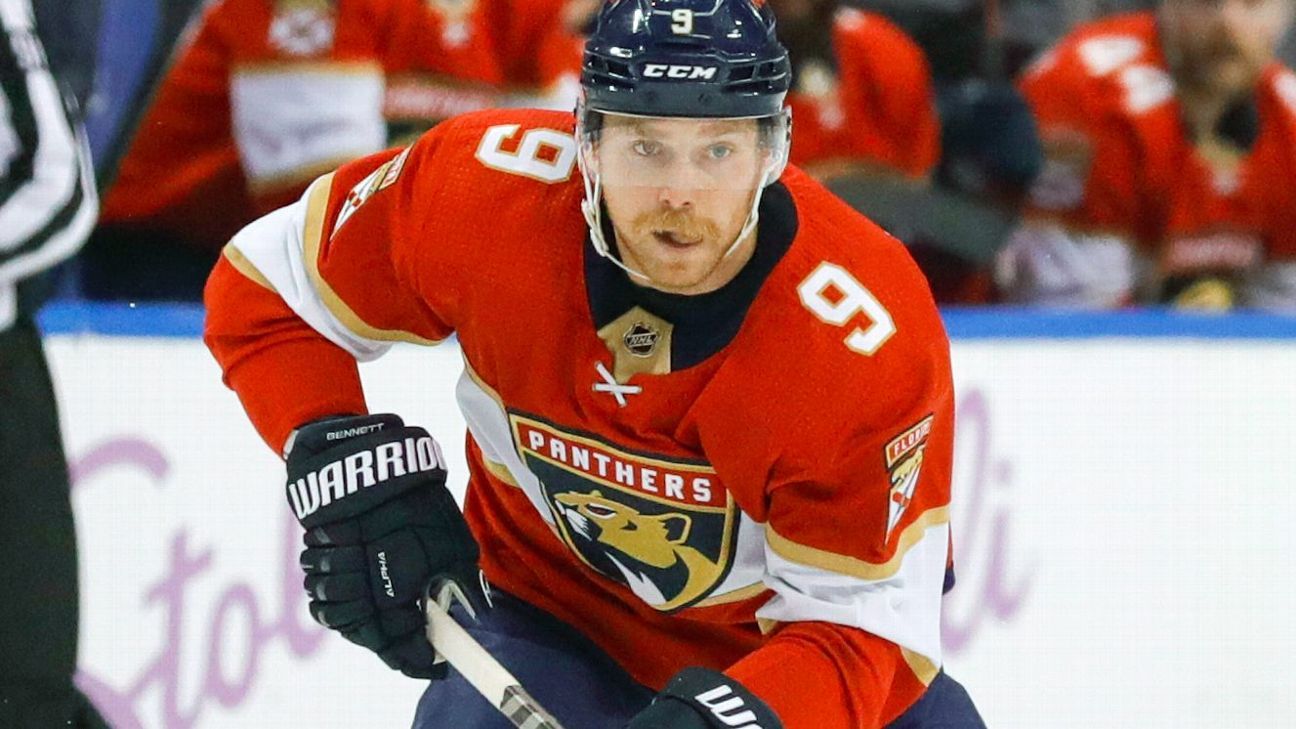 NEW YORK — Florida Panthers forward Sam Bennett was suspended three games without pay by the NHL on Sunday for an illegal check to the head of Montreal Canadiens forward Cedric Paquette during a game Saturday.

Bennett, who scored twice during Florida’s 5-2 win, injured Paquette with his hit 3:09 into the first period. Paquette took possession of the puck in front of his own net and turned up ice to make a pass when Bennett glided in and drove a shoulder into Paquette’s head.

Paquette left with a neck injury and did not return. Bennett wasn’t penalized on the play.

The 25-year-old Bennett is considered a repeat offender under terms of the league’s collective bargaining agreement and will forfeit just under $162,000. He has 11 goals and six assists in 26 games this season.

The veteran is in his first full season with Florida after a trade from the Calgary Flames last season. He has been a contributor to the Panthers’ explosive power-unit, scoring three goals with the man…