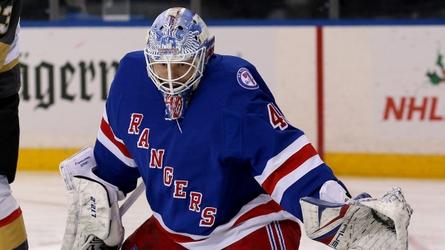 Alexis Lafrenière and Barclay Goodrow each had a goal and an assist, and Adam Fox had two assists to help the Rangers win for the fourth time in six games (4-1-1). They moved into first place atop the Metropolitan Division and the NHL; they’re tied with Washington with 48 points but hold the edge with more wins in regulation.

Alexandar Georgiev, playing for the first time in 2 1/2 weeks, stopped 33 shots to get his first win since Dec. 10 against Buffalo. He improved to 6-3-2 with a 2.72 goals-against average this season.

Ryan McLeod scored for Edmonton, which fell to 2-8-2 over their last 12 games since starting the season 16-5-0. Mikko Koskinen had 24 saves.