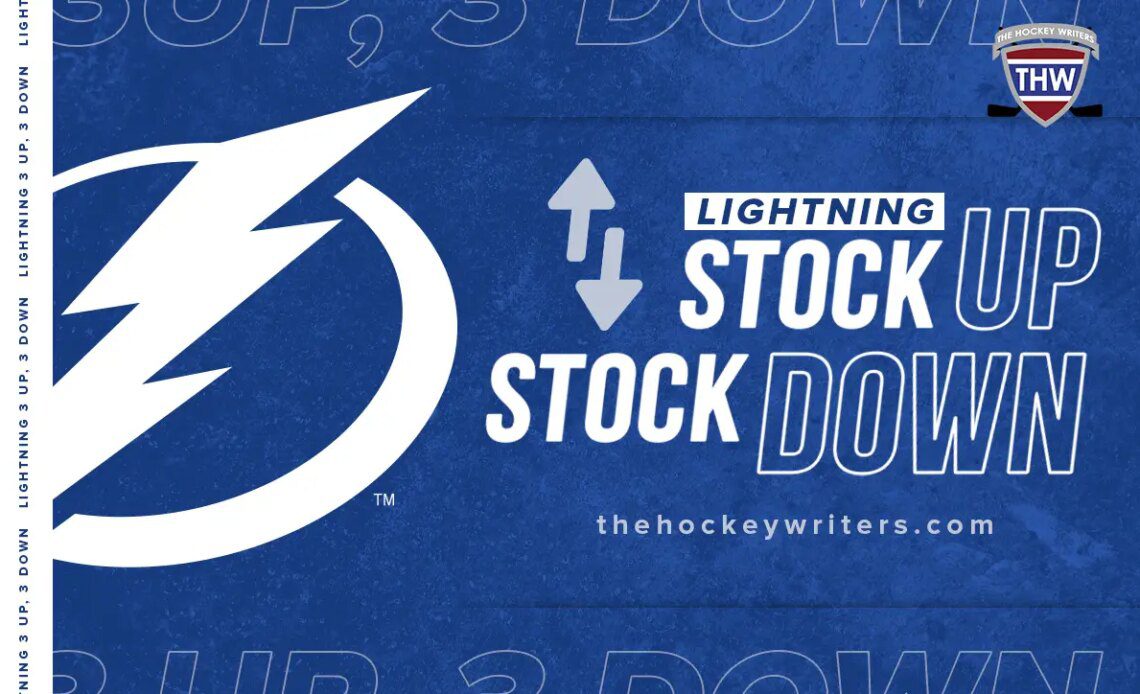 Welcome to this edition of the Tampa Bay Lightning’s Stock Up and Stock Down, a weekly column detailing the highs and lows of the team’s performance.

It was a busy week for the Tampa Bay Lightning as they played four games in their five-game road trip, which concluded with a 6-3 defeat against the Calgary Flames on Saturday (Jan. 19). Prior to that, they had defeated the Seattle Kraken on Monday (Jan. 16) and the Vancouver Canucks on Wednesday (Jan. 17). On the second of their back-to-back games, they played well but fell to the Edmonton Oilers on Thursday (Jan. 18). In going 3-2 on the road trip, the team achieved head coach Jon Cooper’s goal of earning the same or more points than their games played.

The most impressive win of the trip came against the Kraken, who had been on an eight-game winning streak, which included seven wins on the road. In what Cooper described as the team “playing a complete game”, the Lightning received offensive help from their bottom six as they got goals from centers Pierre-Edouard Bellemare and Nick Paul. In the 4-1 victory, the defense clamped down on the Kraken’s offense by only allowing five high-danger scoring chances for the entire game.

Not only did Stamkos pick up his 500th goal against the Canucks, but he also did it in a memorable fashion as he netted a hat trick on the night, the 11th of his career. He now joins the Capitals’ Alex Ovechkin and the Penguins’ Sidney Crosby as the only other active players to have reached that milestone. Even more importantly, he helped the Lightning win their third game on the road trip.

It is only fair that Bellemare, who was listed as a stock down in a previous article, receives mention for his recent excellent play. In Monday’s win over the Kraken, he deflected an Ian Cole shot past goaltender Philipp Grubauer with 1:17 left in the first period, giving the Lightning an early lead they never relinquished. It was just the 37-year-old’s second goal of the year, but he also helped the team in other ways.

Bellemare not only skated 2:34 on a penalty kill that was a perfect 3-for-3, but he also led the fourth line that was able to dominate in zone time and had more shot attempts (nine) than it allowed (seven). Also, in that game, the native of France stopped a breakaway, blocking a pass when an errant Victor Hedman feed found its way to the stick of a Kraken player. Throughout the entire…