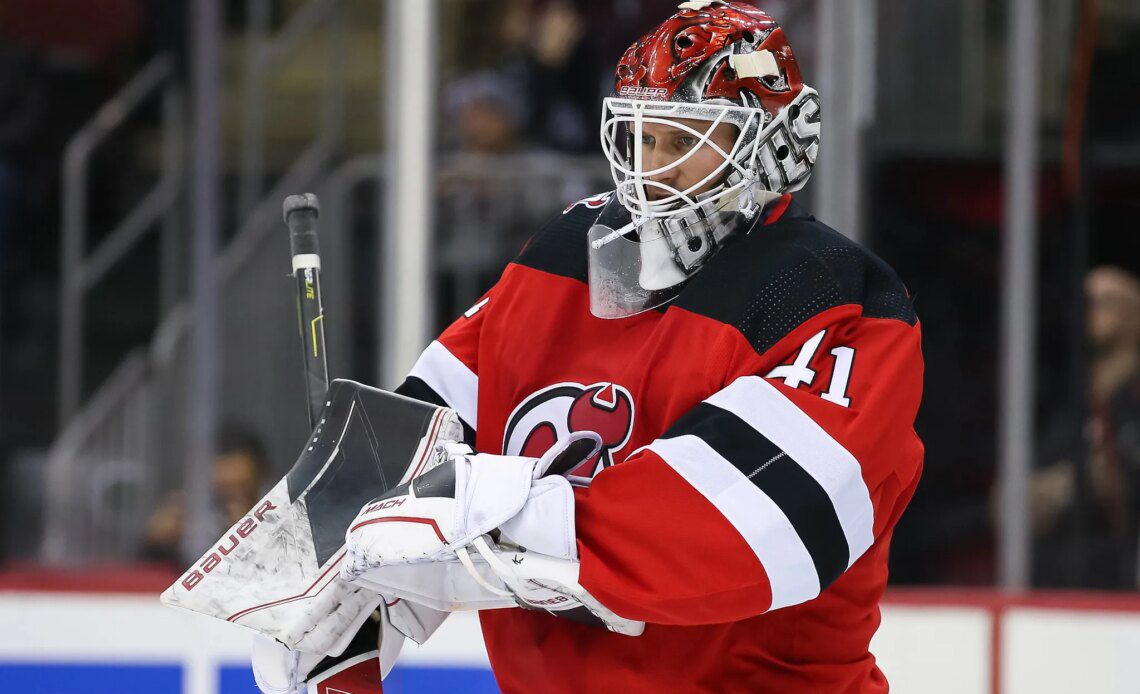 The New Jersey Devils are 16-3 and sit in the top spot of the Metropolitan Division, which is a quite drastic improvement from last season. It took the Devils 48 games to reach 16 wins in 2021-22, and they’ve done it in less than half as many games this season. They have a lot to be happy about during their turnaround, but here are the three things they should be the most thankful for this holiday season:

The biggest question mark heading into the season was how the goaltending would hold up, but Vitek Vanecek has quickly put any doubts to bed. His 2.14 goals-against average (GAA), which is third in the NHL, and .918 save percentage (SV%,) which is 10th, have helped the Devils limit their total goals against to 27, which is tied for third least in the league. It’s been an impressive improvement from last season, which saw the Devils give up the fourth most in the league with 302 goals against.

As good as Vanecek has been, the defense also deserves some credit. The addition of John Marino has worked wonders for the Devils, as he’s proved to be one of the best defensemen in the entire NHL this season. He’s matched up against top players like Connor McDavid, Nathan McKinnon, and Johnny Gaudreau and has, for the most part, shut them all down. His stellar play has also pushed Damon Severson, who is widely known for costly mistakes, down the lineup, which has limited the team’s turnovers in its own end. Brendan Smith’s performances in open play have also been solid on the back end. Adding Marino and Smith to an already impressive core of Dougie Hamilton, Jonas Siegenthaler, and Ryan Graves has been a dream unit for the Devils; not to mention the great work assistant coach Ryan McGill has done with the defense and penalty kill.

The Devils have won seven one-goal games so far this season. If they gave up an extra one-half goal per game, like last season’s xGA suggested, they would have eight or nine more goals against, which could potentially equate to four more losses and eight less points. That would put New Jersey at 24 points and tied with the Carolina Hurricanes, New York Islanders…