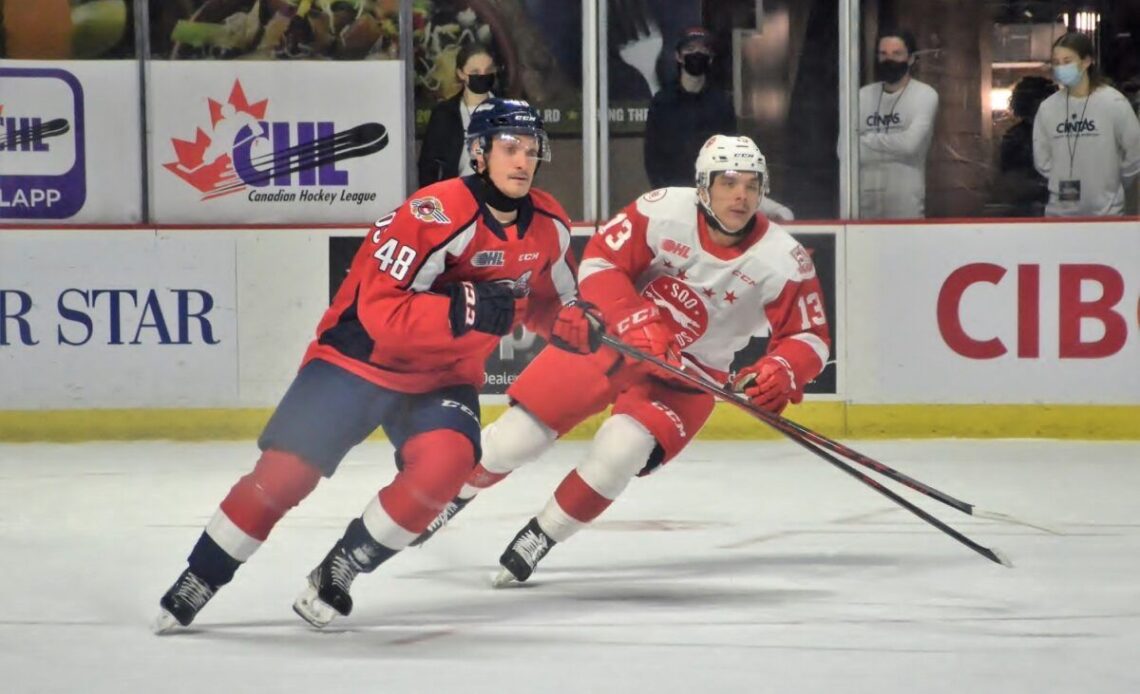 Adversity is a part of sports, but it’s how you respond that matters in the long run. After an emotionally difficult loss to a long-time rival, the Windsor Spitfires knew the only direction was up. However, with a pair of road games last weekend, nothing was going to come easy.

After winning the Ontario Hockey League’s (OHL) Western Conference Championship last season, the Spitfires started 2022-23 full of confidence. They knew they had a target on their back, but an 8-0-3-0 start to the season showed they weren’t going to give up their titles easily. While it’s been an entertaining ride for head coach Marc Savard and his club, there have been speed bumps along the way. Last weekend was no different as a pair of road games showed they still have plenty to work on before the holidays and the always-big trade deadline in January. Here are three takeaways from the weekend.

3 Takeaways from Sting and Rangers

3. Adversity Can Be Beneficial

After a very difficult 6-1 loss to the London Knights at home on Nov. 13, the Spitfires took a few days off before regrouping to face the Sting on the road. Normally, Savard’s club responds with a gutsy, offensive effort to grab two points. However, this was different as the home side limited the visitors to just 23 shots in the 3-2 loss. Losing two in a row in regulation doesn’t happen often; it’s the first time this season and just the fifth time since Savard became the bench boss in August 2021.

The streak stopped there, though, after the Spitfires’ veterans arrived at the Kitchener Memorial Auditorium on Sunday with a serious chip on their shoulder. They don’t take losing lightly and made the Rangers pay with an 8-4 win, including veteran Alex Christopoulos with a three-point night.

That was the response they needed. You’re going to lose games; that’s the reality in any sport. However, a humbling loss and their first back-to-back loss of the season can be mentally tough when expectations are so high. With a new leadership group in place, take that adversity and make sure it doesn’t happen again. This club is too good to let anything negative fester.

Last season, the Spitfires were a lock in the Canadian Hockey League’s (CHL) Top-10 weekly rankings. At one point, they were as high…