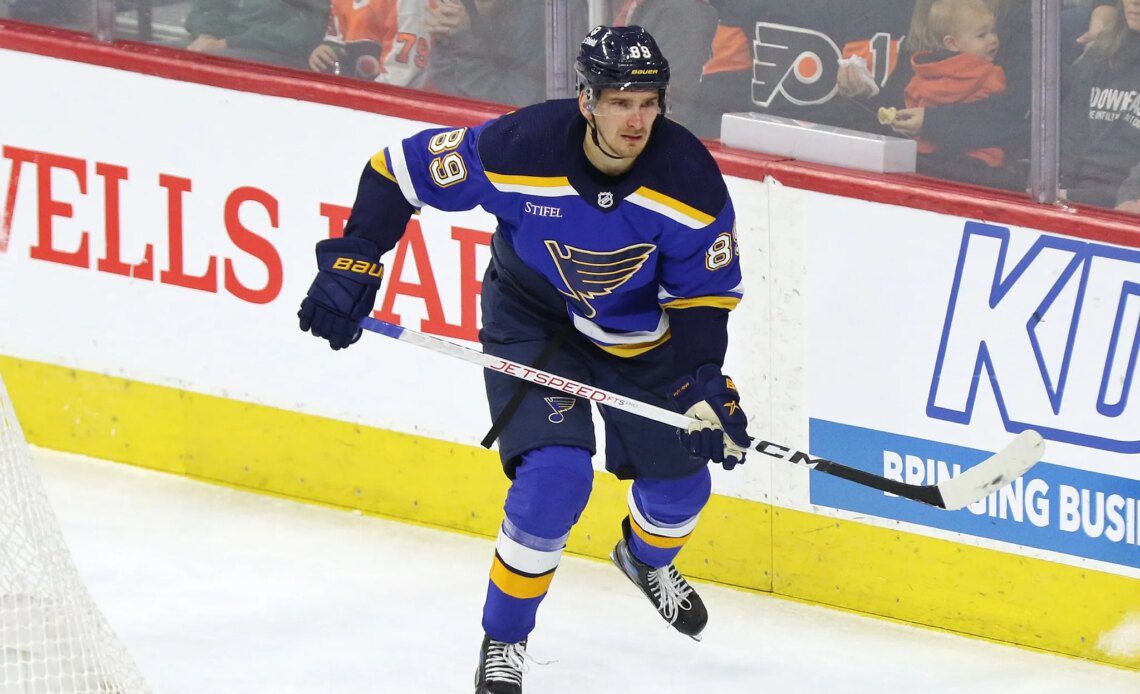 The St. Louis Blues are riding high with a seven-game win streak. Their record has now gone from 3-8-0 to 10-8-0, putting them back into the mix. They are being labeled as one of the streakiest teams in recent NHL history. It’s not often that a team has three different streaks across an 18-game stretch, but that’s what this team has done.

The Blues have relied on key players and goaltending during this streak. It also helps that their schedule eased up after a couple of hard-fought road wins against the Colorado Avalanche and Vegas Golden Knights. Either way, this streak has been impressive to watch from this team.

Key Players Scoring for the Blues

One of the many themes during the eight-game losing streak was the inability to score goals. The Blues scored 12 goals in those eight games, they scored more than two goals once during that stretch. They had four games with one goal and a shutout loss to the Winnipeg Jets that started the skid. It was an ugly offensive stretch for the majority of the losing streak. The cure for losing streaks might be to play the San Jose Sharks, they rank 29th in goals against in the NHL. The Blues’ offense woke up to start the winning streak with a five-goal showing against the Sharks.

The puck started to bounce their way as the winning streak began. During this streak, they’ve scored 30 goals overall and allowed 16. Key players have started to score again; Ryan O’Reilly has three goals during the streak after scoring two goals in the previous 11 games. The same can be said for Jordan Kyrou and Pavel Buchnevich — Buchnevich has 10 points in seven games and Kyrou has nine points. They’ve also found solid line combinations, keeping O’Reilly with Brandon Saad and Josh Leivo. That line has worked well together, so it’s been a key force during the win streak.

The Blues’ bottom six has turned its season around with this streak. They were struggling mightily for most of this season, but some changes have made a huge difference. The additions of Tyler Pitlick and Nikita Alexandrov are notable; they have been fantastic. One of the most under-the-radar signings of the offseason could be Noel Acciari. He’s been both versatile and consistent, scoring eight points in 18 games. He had three goals in the two wins over the Anaheim Ducks. His best fit is as the fourth-line center with…