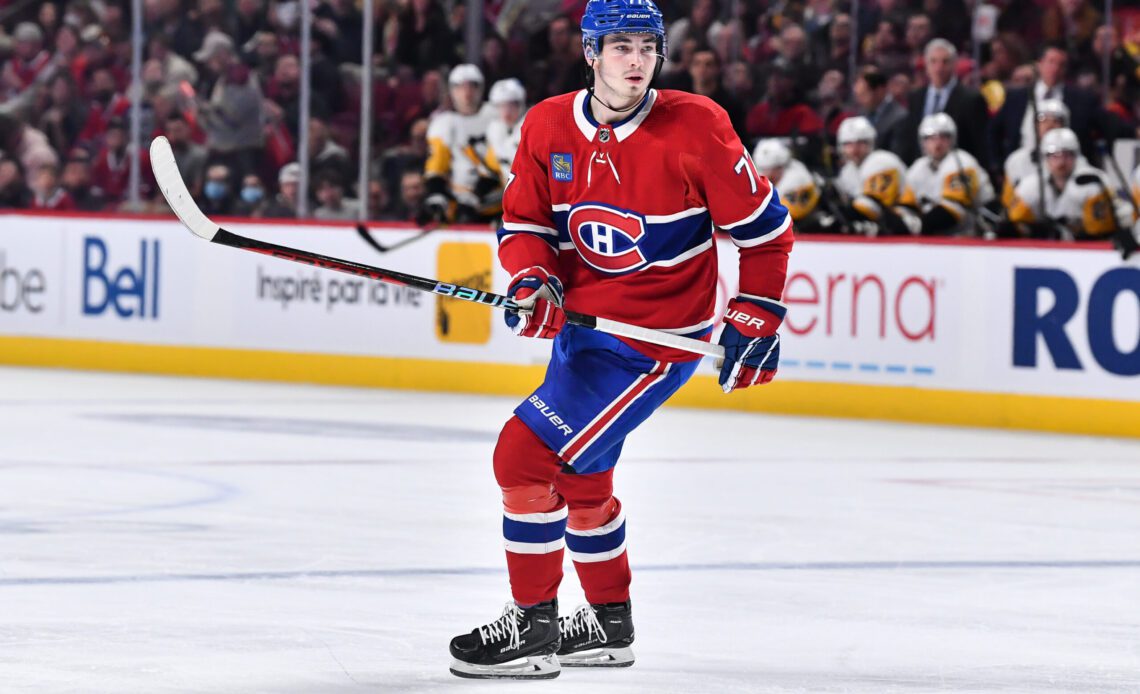 The Montreal Canadiens finished the 2021-22 season dead last in the NHL standings. As hockey fans would expect, this resulted in them selling off several veteran players leading up to the 2022 trade deadline. The same strategy is used by every team that knows it won’t make the playoffs, so it was no surprise.

Ben Chiarot, Tyler Toffoli, Artturi Lehkonen, and Brett Kulak were all dealt by the Canadiens for draft picks and prospects. The sell-off continued in the offseason when Jeff Petry was traded to the Pittsburgh Penguins for a younger Mike Matheson on the blue line, and they also acquired a future first-round pick from the Calgary Flames when they agreed to take on the final year of Sean Monahan’s contract.

All of those trades are exactly what you’d expect from a rebuilding team. However, the last-place Canadiens also traded away a first-round pick at last year’s NHL Draft. It is unusual to see the 32nd-place team dealing away such high picks, but it is a move that is already starting to pay dividends.

In a series of moves on the draft floor, the Canadiens sent Alexander Romanov to the New York Islanders for the 13th overall pick in the 2022 NHL Draft. Romanov was just 22 years old, but the rebuilding Canadiens acquired a first-round pick, which makes sense.

The surprising move was they traded that first-round pick away just a few minutes later, as they moved that 13th overall pick, as well as a third-round pick, to the Chicago Blackhawks for Kirby Dach. While trading away such high picks is risky for a team so far away from contending, this one is already looking great for the Canadiens.

Dach was a bit of a risky acquisition as he struggled to produce offence in three seasons with the Blackhawks. He was selected third overall in the 2019 NHL Draft but had 19 goals and 59 points in 152 games over three seasons in Chicago. He still had plenty of time to develop, but there was not a lot of production during that entry-level contract.

When the Canadiens acquired Dach, they needed a big offensive breakout to make the trade worthwhile. He was still 21 years old at the time of the trade and signed a four-year contract with a manageable $3,362,500 million cap hit. After just half of a season, the contract — as well as the trade — are looking like strokes of genius from general manager Kent Hughes.