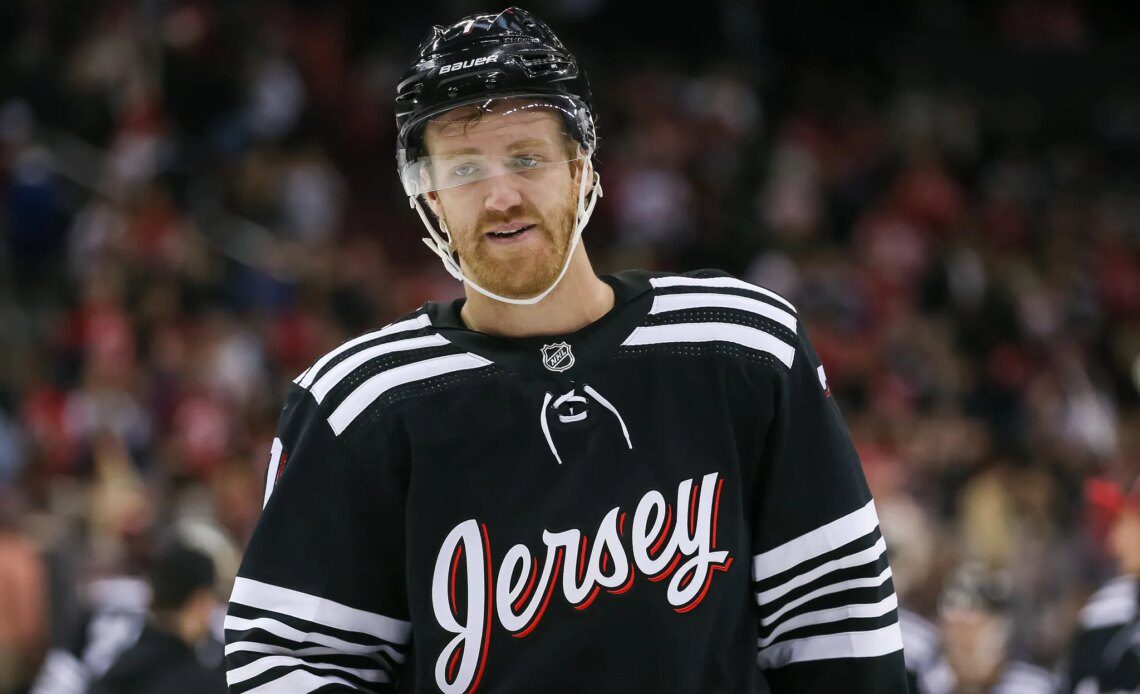 The New Jersey Devils were badly outplayed in the first period of two recent games against the Arizona Coyotes and Montreal Canadiens. If not for great goaltending, especially against the Canadiens, the Devils may have found themselves in an early hole heading into the first intermission. However, they managed to escape, either tied or leading by one, thanks to Akira Schmid and Vitek Vanecek.

The Devils are outscoring their opponents 20-13 in the first period this season, but have not looked particularly great while doing so. At the end of the day, results are all that matters, but if New Jersey wants to be a true playoff contender, it needs to have quicker starts.

The Devils were lucky to escape the first period Saturday (Nov. 12) against the Coyotes after being outshot seven to six and out-chanced five to three in the first frame. The Coyotes also had a Corsi for percentage (CF%) of 60.71 percent to the Devils’ 39.29 percent, which measures total shot attempts for versus total shot attempts against. This signifies that Arizona controlled 60 percent of puck possession in the first 20 minutes.

Surprisingly, New Jersey took a 2-1 lead into the locker room before tacking on two more goals in the second period to win 4-2. However, their first-period struggles continued when they visited Montreal on Tuesday (Nov. 15.)

They Devils’ slow start didn’t hurt them here either as they went on to throttle the Canadiens 5-1 in a very lopsided victory. The Devils responded against the Toronto Maple Leafs Thursday (Nov. 17) and Ottawa Senators Saturday (Nov. 19,) where they won the CF% and xGF battle in both first periods, but then they regressed in Monday’s (Nov. 21) game against the Edmonton Oilers, recording another subpar first period..

Related: 5 Takeaways From Devils’ 5-1 Win Over The Canadiens

Fueled by two power-play opportunities, the Oilers earned a 59.46 CF% in the first period against the Devils and owned 66.67 percent of the high-danger scoring chances. Edmonton also recorded a 64.56 xGF%, but the score remained 1-1 after the…