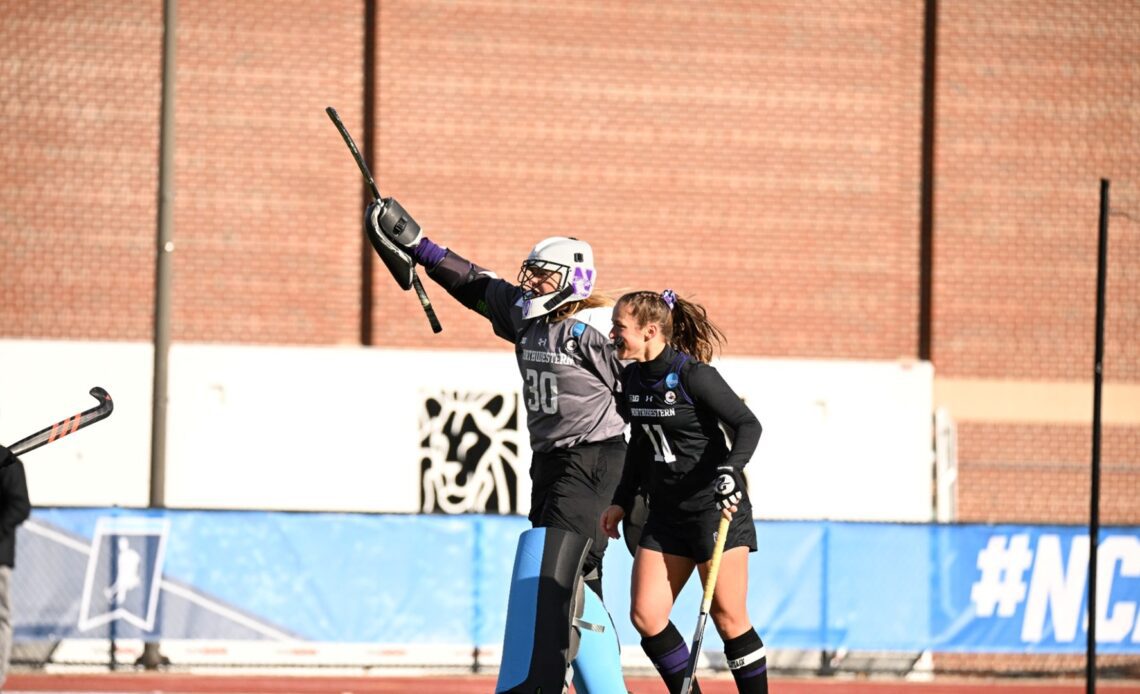 STORRS, Conn. – No. 2-seed Northwestern took No. 1-seed North Carolina to the final minute of the national championship game but ultimately fell 2-1 to the Tar Heels.

The Wildcats finished the season second place in the country with a 20-5 record, tying the program record for most wins in a season that has stood for 37 years. The national championship appearance, the second straight for Northwestern, marked the first time in program history the ‘Cats have gone to consecutive national title games.

Northwestern goalkeeper Annabel Skubisz dazzled in the first quarter, stacking up four saves in the frame, including a penalty-stroke save in the sixth minute. Skubisz denied the nation’s leading scorer on the stroke, diving right to knock away Erin Matson’s shot. It marked the first time this season Matson had been saved on a penalty stroke, having previously been a perfect five-of-five.

The Tar Heels broke through moments into the second quarter, however, to take the 1-0 lead, a scoreline that held into the fourth quarter.

That’s when the Cardiac ‘Cats kicked in one last time. Northwestern pulled Skubisz from cage in the 58th minute and, less than half a minute later, drew a penalty corner off a Chloe Relford pass that skipped out of bounds off a Tar Heel foot.

The trio’s masterful combination tied the game at one and marked the ninth time this year that the penalty corner unit had combined on a goal, tied for the most of any trio in the nation.

It was Baekers 25th goal of the season, the second most in the country and tied for the fourth most in a season in Northwestern history. Blas and Marshall earned their 17th and 13th assists of the year, both career highs. They are the first Northwestern duo with 13 or more assists each since 2018.