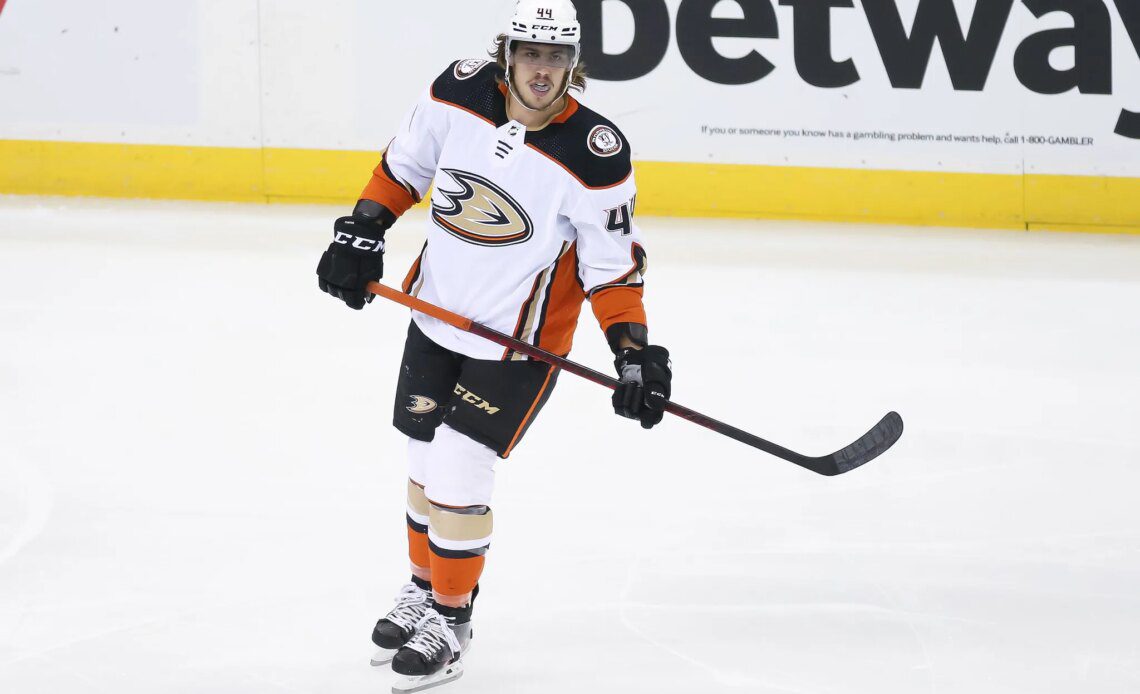 After appearing in the first 15 games for the Anaheim Ducks this season, Max Comtois has been out of the lineup for the last three. With news only coming out that he is day-to-day with a lower-body injury almost a week after his initial disappearance from the lineup, it was fair to speculate as to whether he was back in head coach Dallas Eakins’ doghouse. After all, Comtois isn’t a stranger to this sort of discipline. Last season was a tremendous struggle for the 23-year-old winger, battling early-season injuries on top of inconsistent play. He appeared in only 52 games, often a healthy scratch down the stretch. After a team-leading 16 goals the year prior, Comtois finished the 2021-22 season with six goals and 10 assists.

To call Comtois’ start to the 2022-23 season a “bounce back” effort may be a stretch — four goals in 15 games isn’t exactly lighting up the scoreboard, but it’s been an encouraging start. What’s less optimistic is his recent usage. After several games on the top line, he was moved to the third line on Saturday (Nov. 12) against the Chicago Blackhawks and was spotted on the fourth line in practice on Monday (Nov. 14) before being scratched altogether for Tuesday’s (Nov. 15) matchup against the Detroit Red Wings.

Comtois is a Top Line Forward Playing in a Depth Role

As the roster is currently constructed, Comtois is the best option to be Trevor Zegras’ left wing on the top line. At 6-foot-2 and 215 pounds, he has the size very few forwards on the Ducks possess, even if he isn’t a traditional bruiser. He has been most effective as a goal-scorer when he’s in front of the net battling for rebounds, and playing on a line with Zegras and Troy Terry would generate plenty of them. The coaching staff would seem to agree with this theory because he was listed on the top line in four of the last eight games prior to his benching.

Comtois’ role on the team becomes confusing once he’s removed from one of the top two lines. As a rebuilding team, the forward lines in Anaheim are varied in terms of talent and role. In his last appearance against the Blackhawks on Saturday, he was moved down to the third line with Isac Lundestrom and Jakob Silfverberg. Lundestrom and Silfverberg don’t generate much offense and are seen as more of a shutdown line. Comtois isn’t known for his defense, making the…