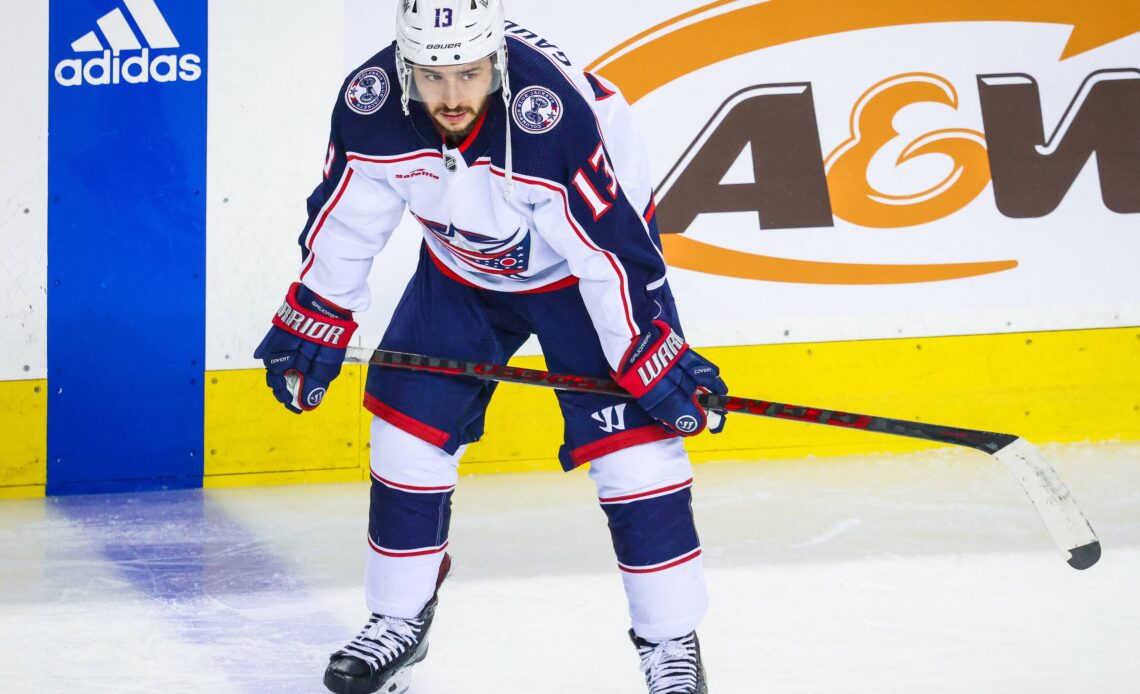 Dillon Dube scored the overtime winner for the Calgary Flames in a 4-3 victory over the visiting Columbus Blue Jackets on Monday.

Dube scored the winner on a two-on-one with Mangiapane at 2:25 of extra time. Calgary goaltender Dan Vladar stopped 21 saves for his second win in as many starts.

Columbus counterpart Joonas Korpisalo had 45 saves in the loss.

Patrik Laine had a goal and two assists to lead the Blue Jackets (14-31-2). Kirill Marchenko and Boone Jenner also scored for Columbus, which ranks last in the NHL.

Johnny Gaudreau had two assists in his eventful first game back at the Saddledome since he departed for Columbus as an unrestricted free agent last July.

Gaudreau, who ranks fifth all-time in Flames franchise points with 609, was greeted by boos and derisive chants of “John-ny” the moment he stepped on the ice.

Former Flames star Johnny Gaudreau is booed while taking a penalty shot in his first game back in Calgary since signing with the Blue Jackets as a free agent during the off-season.

Gaudreau was awarded a penalty shot five minutes into the opening period when Calgary defenceman MacKenzie Weegar hooked the left-winger on a breakaway.

A wave of boos followed Gaudreau’s approach to the Flames net, and intensified when he shot the puck high attempting to pick the net’s top corner.

A video tribute minutes later brought many in the crowd to their feet to acknowledge his eight seasons of Flames’ service, but that goodwill was short-lived.

The visitors knotted the score 3-3 at 4:34 of the third period when Jenner, on a two-on-one with Gaudreau, opted to shoot and wired a wrist shot past Vladar stick-side.

Trailing 2-0, Columbus pulled even midway through the second period on a pair of power-play goals in a 49-second span, but Mangiapane pushed Calgary ahead again at 16:17.

The Blue Jackets turned the puck over behind their own net for Mikael Backlund to feed Mangiapane in the slot. The forward spun and beat Korpisalo glove side.

So many memories over the years, on and off the ice.<br><br>Welcome back, Johnny. <a…