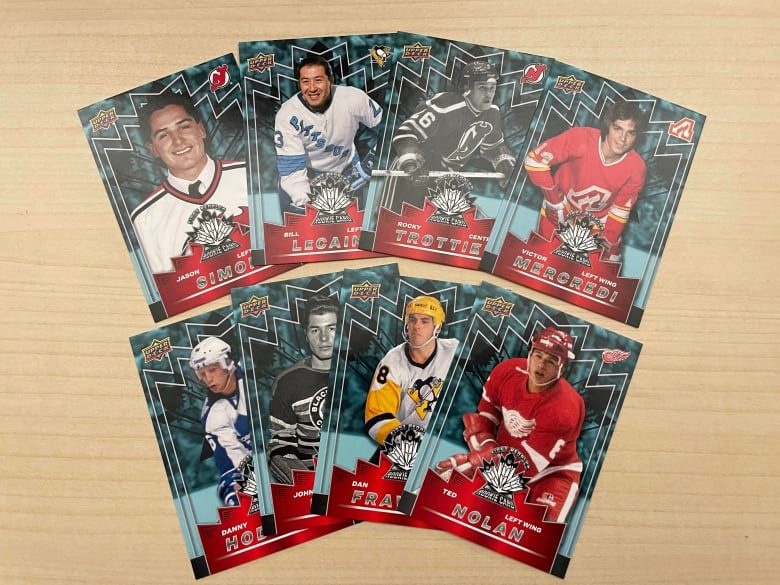 A new set of trading cards featuring Indigenous NHLers will be available only at Indigenous hockey camps and one brick and mortar store: Indigenous-owned First Row Collectibles in Winnipeg.

Due to being the only shop in the world where the sets are being distributed, First Row Collectibles’ Curtis Howson said the response has been immense, even from the family of former Atlanta Flames forward Victor Mercredi, one of the eight players featured.

“I spoke to Victor Mercredi’s niece today. She called me from Yellowknife,” he said.

“She was just telling me about her uncle and how happy he is to have a card of himself. I guess he had photos he would sign of himself, but never had any actual cards. Now he has these cards to sign for his family.”

“I can finally show proof that I did, in fact, play in the league.”

Nolan is the patriarch of an NHL family. Sons Brandon and Jordan both played in the NHL with the latter winning a Stanley Cup twice as a member of the Los Angeles Kings in 2012 and 2014.

“The big thrill is to have a rookie card along with my sons — my son Brandon, who played with the Carolina Hurricanes and my son Jordan, who obviously played with the Los Angeles Kings, both have their rookie cards, now it’s time to add mine,” he said.

Nolan’s work through hockey continues to this day, running the 3 Nolans Hockey School with his sons. Their hockey camps are one of the other places the sets will be available.

The other six players are: