A Goaltender’s State of Mind 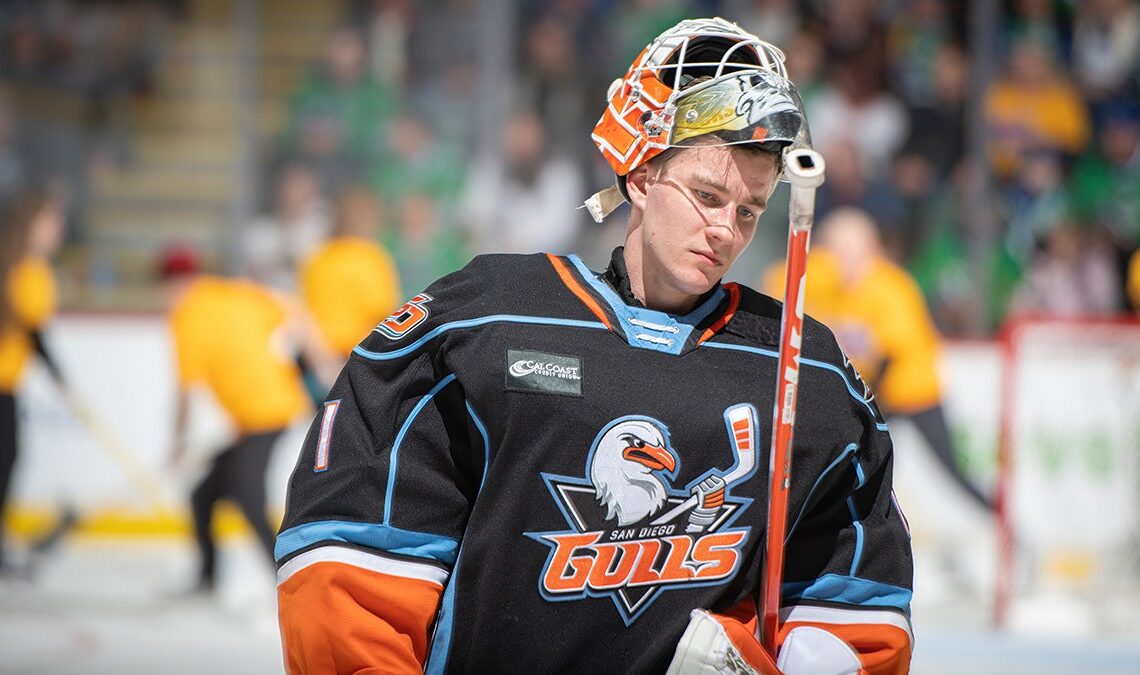 It’s all about mindset.

For Gulls goaltender Lukas Dostal, that means taking everything – from each game he plays to his personal goals – one step at a time.

“Just go day-by-day,” Dostal said. “It’s kind of the cliche everyone is saying, but I think for a goaltender it’s really important to – also for the time off the ice – just relax and just focus day-by-day and just work hard.”

It’s no secret that Dostal’s approach worked quite well for him this season, especially as of late. It was announced earlier this month the Brno, Czechia native was named a 2022-23 American Hockey League All Star.

“They picked the best goalie in the league,” Gulls head coach Roy Sommer said. “I truly think he’s the best goaltender we’ve seen in this division, let alone the league. He’s kept us in a lot of games…You’ve got to give it to him – he’s a battler.”

Dostal added this achievement to his already long list of accomplishments this season. It was only last week when he became the first netminder in San Diego’s AHL history to record consecutive shutouts with a 5-0 win on Jan. 6 at Milwaukee and a 3-0 victory against Henderson on Jan. 1.

However, for Dostal, those four games remain separate events.

“If you have a good day (or) game, just enjoy it that night,” he said. “Just enjoy it and have a good feeling. Take the good things out of it…Then, just put it under the table and focus for the next day. It’s probably the best way you can manage it to play the games.”

One by one, Dostal continues to shatter records, which doesn’t exclude those he recently set on his own. Over the course of the season, he tied, set and reset the franchise’s all-time record for the most shutout victories.