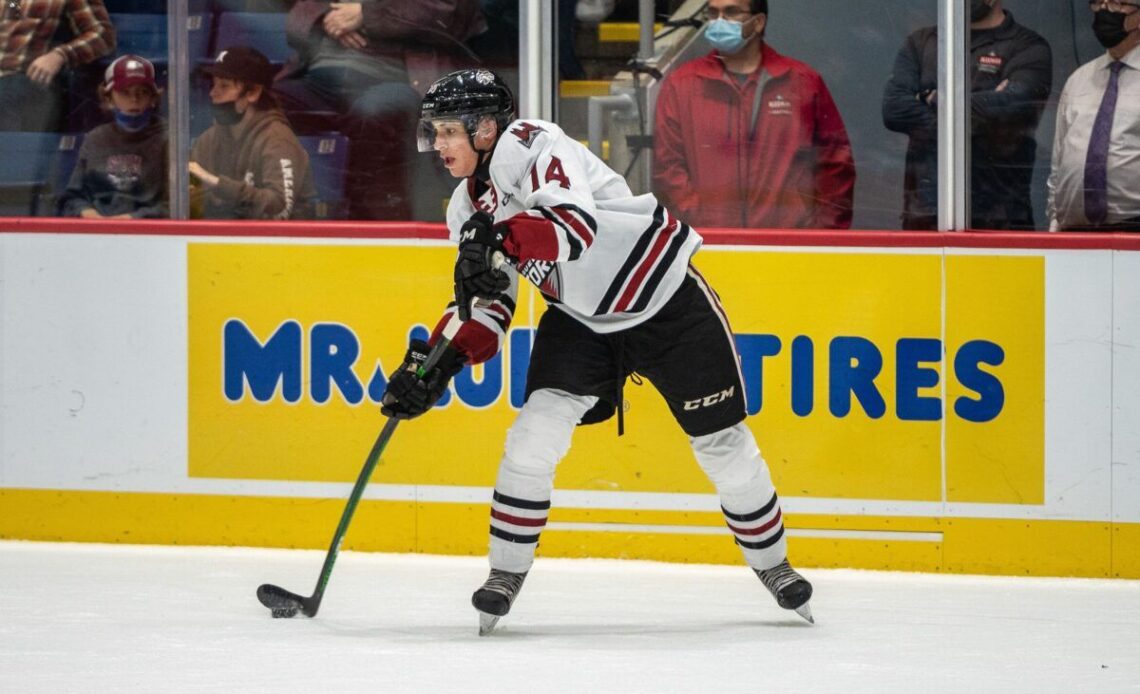 If there is one position of need that the Boston Bruins needed to address in the last two Entry Drafts, it’s at center. The current situation up the middle is strong for the Black and Gold, but with every passing day, it gets older and older. Over the past two drafts, general manager (GM) Don Sweeney selected four centers for the future.

Two of those centers picked are currently playing in the Ontario Hockey League (OHL) and both are off to strong starts to their 2022-23 seasons. They are still some time away from moving to pro hockey, but they certainly continue to develop, something that the Bruins need to happen.

At the 2022 Draft in Montreal, the Bruins did not have a first-round pick as it was traded as part of a package to the Anaheim Ducks to acquire Hampus Lindholm. Boston’s first pick last summer was at No. 54 and they used it to select Matthew Poitras. A skilled forward, Poitras is someone who impressed the Bruins’ scouting department, including Ryan Nadeau, Associate Director of Amateur Scouting.

“We see a player that’s a driver, someone who has the puck a lot and can make things happen,” said Nadeau. “Even when he doesn’t have the puck, the motor is running, he’s getting involved.”

This season, Poitras has displayed his skill set that caught the Bruins’ eye. He has six goals and 17 assists, but what is noticeable is his ability to receive a pass and quickly get a shot off and score. He also displays his quick hands and sees the ice well, while becoming one of the better playmakers in the OHL with his 17 assists in 16 games. His skill was on display on Nov. 18 and 19. In a 6-4 win over the Niagara IceDogs, he assisted on four of the six Storm goals. One night later, he scored twice and assisted on two more goals in the Storm’s 5-4 win over the Kitchener Rangers. That eight-point weekend earned him OHL Star of the Week Honors.

Last season in 68 games for Guelph, Poitras had 21 goals and 29 assists, numbers he should surpass this season if he stays healthy. Even more important than his production is his development in all facets of his game for the future.

Poitras has been more of a playmaker this season, but Brett…