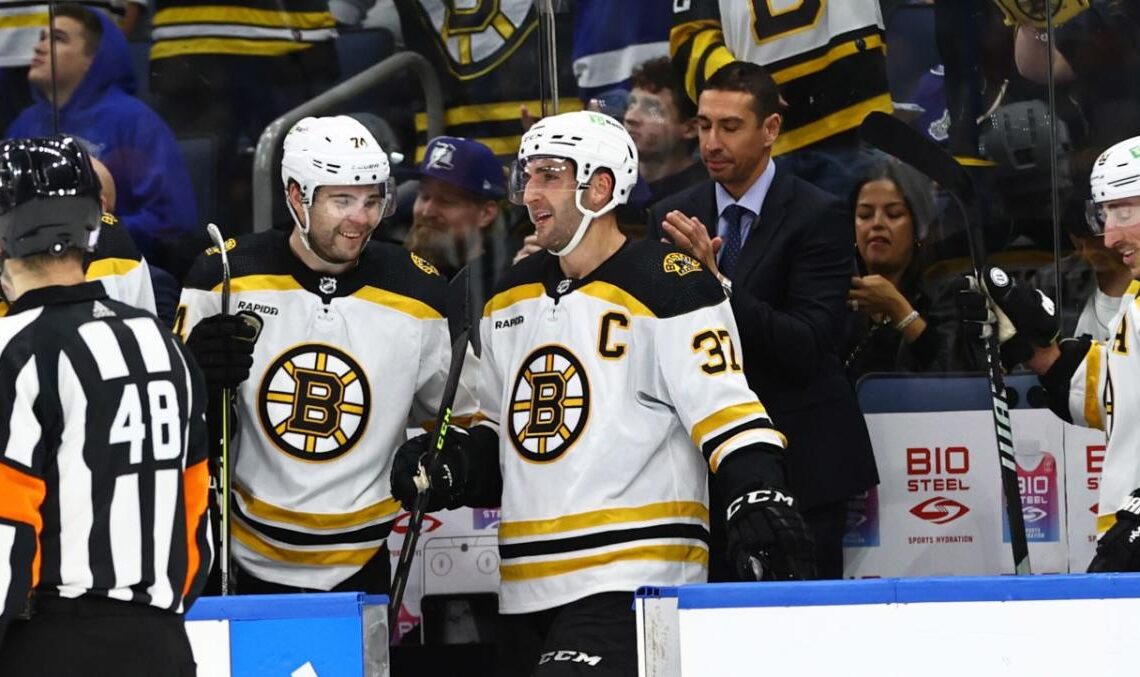 The milestone point came in the second period when the Bruins captain assisted on Brad Marchand‘s goal. The Bruins eventually won 5-3 to improve to an NHL-best 17-2-0 on the season.

Bergeron is the eighth active player to reach the 1,000-point mark. Six of the other seven, including Pittsburgh Penguins center Sidney Crosby and Washington Capitals winger Alex Ovechkin, took part in a special video to congratulate Bergeron on joining the 1,000-point club.

Bergeron’s career resume ranks among the best in league history.

He has won at every level on a team and individual basis. The 37-year-old forward is a member of the Triple Gold Club (Stanley Cup, World Championship gold and Olympic gold winner) and has a record five Selke Trophy wins, among many other accolades.

Perhaps the most impressive part of Bergeron’s career is how his performance hasn’t dropped at all as he approaches age 40. Bergeron remains an elite center, the premier two-way player in the sport and a key driver of the Bruins’ success in Year 19.