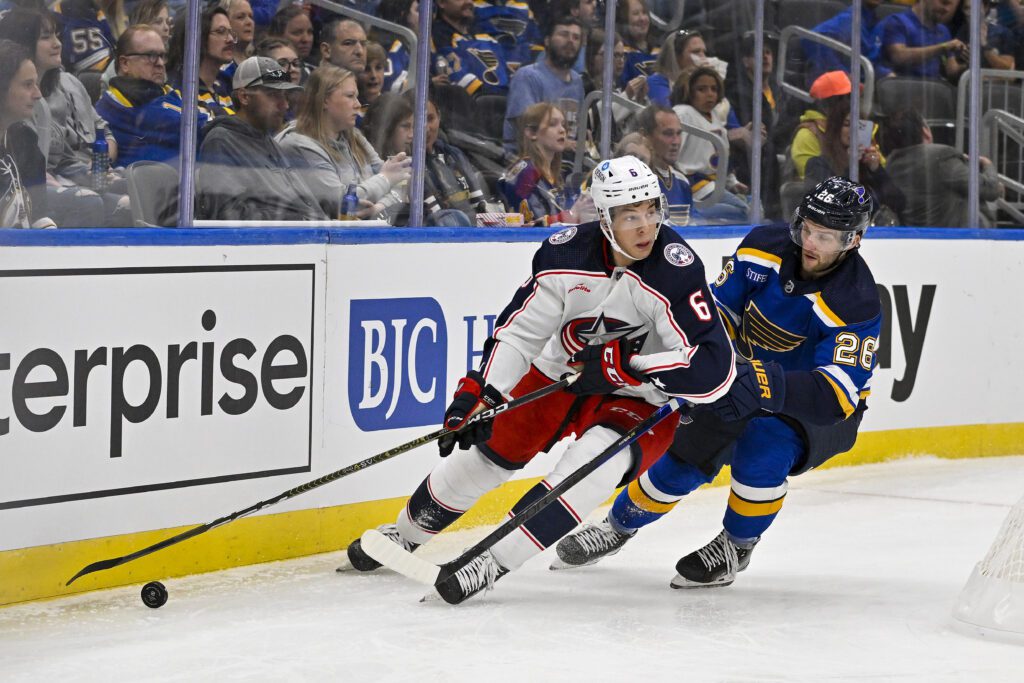 As the injuries continue to pile up in Columbus, the Blue Jackets have had to dip deeper into their depth chart with some players getting their first NHL opportunities.  Today, that’s the result for defenseman Billy Sweezey as the team announced they’ve recalled him from AHL Cleveland.

The 26-year-old undrafted free agent has taken a slower route to the NHL.  After playing out his college career at Yale, he signed a minor-league deal with Pittsburgh in 2020.  That was enough to get him a minor-league pact with Columbus last season where he put up 11 points in 70 games along with 114 penalty minutes.  Those numbers don’t jump off the page but GM Jarmo Kekalainen thought highly enough of him to commit a two-year, two-way deal for this season, one that pays him the league minimum at the NHL level in both seasons.

This season, Sweezey has been a bit more involved offensively with five assists through his first 14 games with AHL Cleveland which has helped him earn this recall.  Columbus is currently without Zach Werenski, Jake Bean, Adam Boqvist, and Nick Blankenburg who are all on injured reserve and while David Jiricek has done well in the minors so far, the Blue Jackets are trying to manage his NHL action as his contract would slide a year as long as he plays in nine or fewer games.  With Sweezey’s recall, the team now has seven healthy defenders on their active roster.