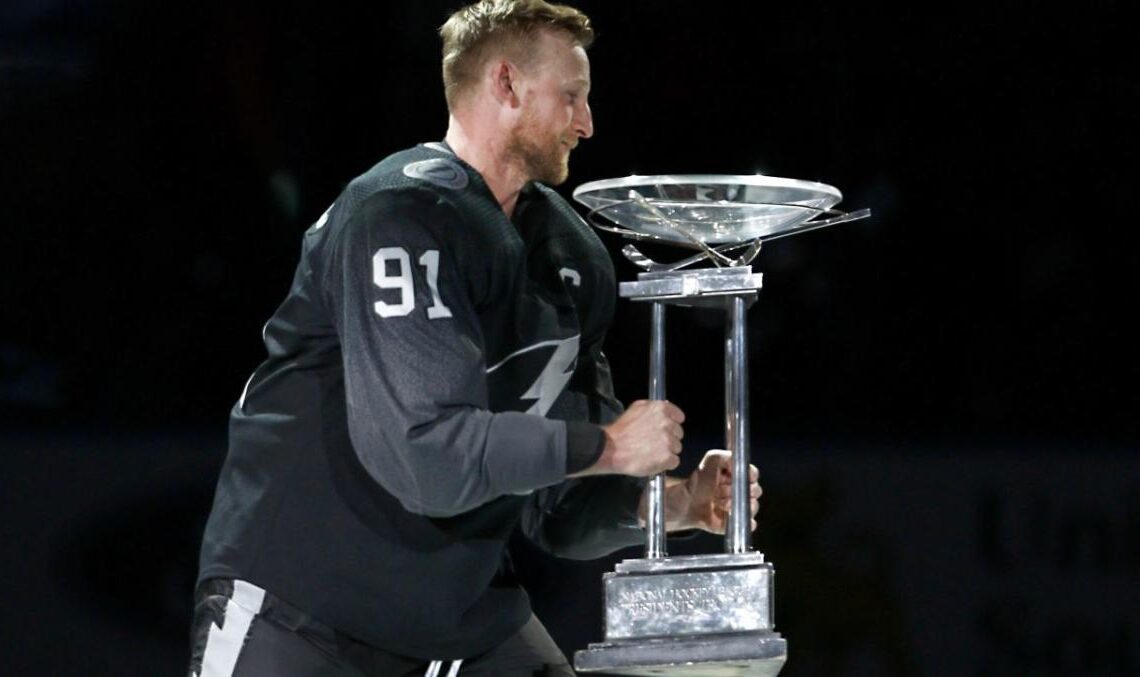 The NHL created the Presidents’ Trophy in 1985-86, and it is awarded annually to the team that earns the best record in the regular season.

The Boston Bruins are on pace to win this trophy for the fourth time. They enter Wednesday with a 38-5-4 record (80 points), giving them a 14-point lead over the next-closest teams in the standings. Boston’s victory over the Montreal Canadiens on Tuesday night made it the fastest team to ever reach 80 points (47 games).

So, unless the Bruins go into a huge slump during the second half of the 2022-23 regular season, they will likely win the Presidents’ Trophy.

Here’s a list of those eight teams that won the Presidents’ Trophy and Stanley Cup in the same year:

And here’s the list of the last nine Presidents’ Trophy winners. Only one of them advanced past the second round of the playoffs.

The 2018-19 Tampa Bay Lightning tied the league record for wins in a season with 62 and then got swept in the first round by the Columbus Blue Jackets. It was one of the most shocking upsets in playoff history. But to the Lightning’s credit, they bounced back and won the next two Stanley Cup titles.

The Bruins won the Presidents’ Trophy in 1990 and advanced to the Stanley Cup Final before losing to an Oilers team at the end of a dynasty. The B’s most recent Presidents’ Trophy season was 2019-20, which was shortened by the COVID-19 pandemic and had to be finished inside the league’s bubble in Toronto/Edmonton.

Will this season be different? If the Bruins win the…