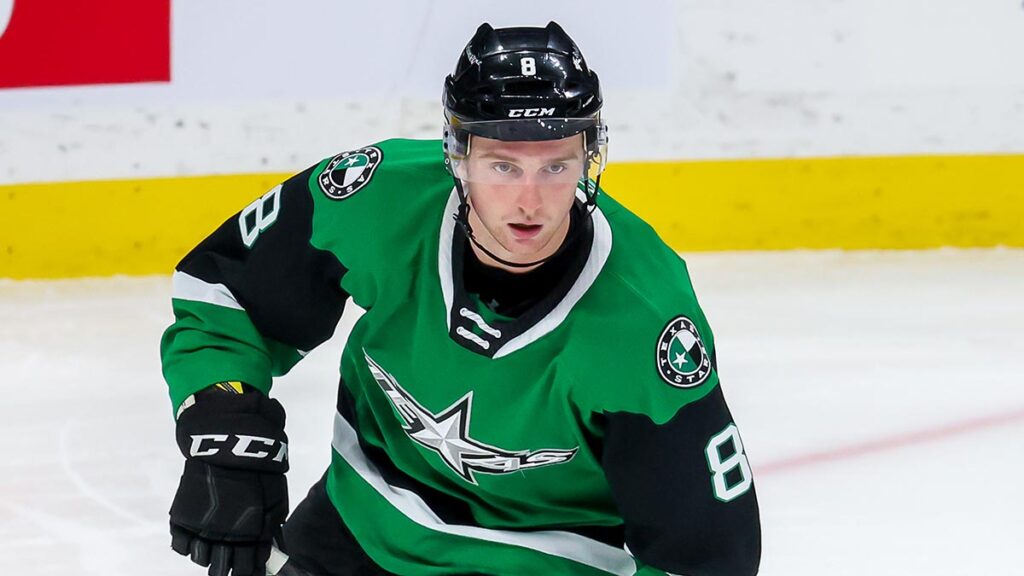 The Dallas Stars had a plan for defenseman Thomas Harley coming into this season.

Everyone knew what the 21-year-old Harley, taken by Dallas 18th overall in the 2019 National Hockey League Draft, could do with the puck. He made his NHL debut in the 2020 Stanley Cup Playoff bubble two weeks shy of his 19th birthday, then came into the AHL during the abbreviated 2020-21 season and put up 25 points (eight goals, 17 assists) in only 38 games for Texas. Last year, he broke through with Dallas and played 34 games for the NHL club in 2021-22.

Playing without the puck, however, is what is going to enable Harley to stick in the NHL full-time. Elite skill had long allowed Harley to skate his way out of the trouble; that go-to option became far less effective against the high-level competition that he was now facing in the pros.

Dallas assigned Harley to Texas this fall with a simple mandate — improve defensively and away from the puck. Match up against an opponent’s top threats. Kill penalties. Master five-on-five play. Use those superior skating skills to defend with consistent intensity. With Graham, plus assistant coach Max Fortunus and his 18 seasons of pro experience on the back end, Harley had a good base from which to learn.

“For us, we wanted to break down [the details of defensive play] a little bit,” Graham recounted of that early-season work. “He really grabbed the situation with zero issues, zero complaints.”

This work has been an awakening for Harley.

“Everyone always assumed I’d be able to defend well,” Harley explained. “Just recently in the past couple months it’s kind of clicked for me on how and what I’m supposed to be doing while I’m defending.”

Knowing that they could not outrace Harley, opponents had taken to cut-backs and other such tactics to gain ice instead. Now Harley has an answer to that option and can close it off, leaving opponents with even fewer alternatives.

Harley has been part of the top-ranked Texas penalty kill, which has allowed just 18 goals in 144 chances this season (87.5 percent) while also scoring seven shorthanded goals. And while the Stars can certainly play with the puck, ranking third in the league at 3.82 goals scored per game, they are also seventh overall on defense at 2.76 goals against per contest, and sit third-best in the AHL with…