Rocket Notebook: William Trudeau is taking advantage of his opportunity 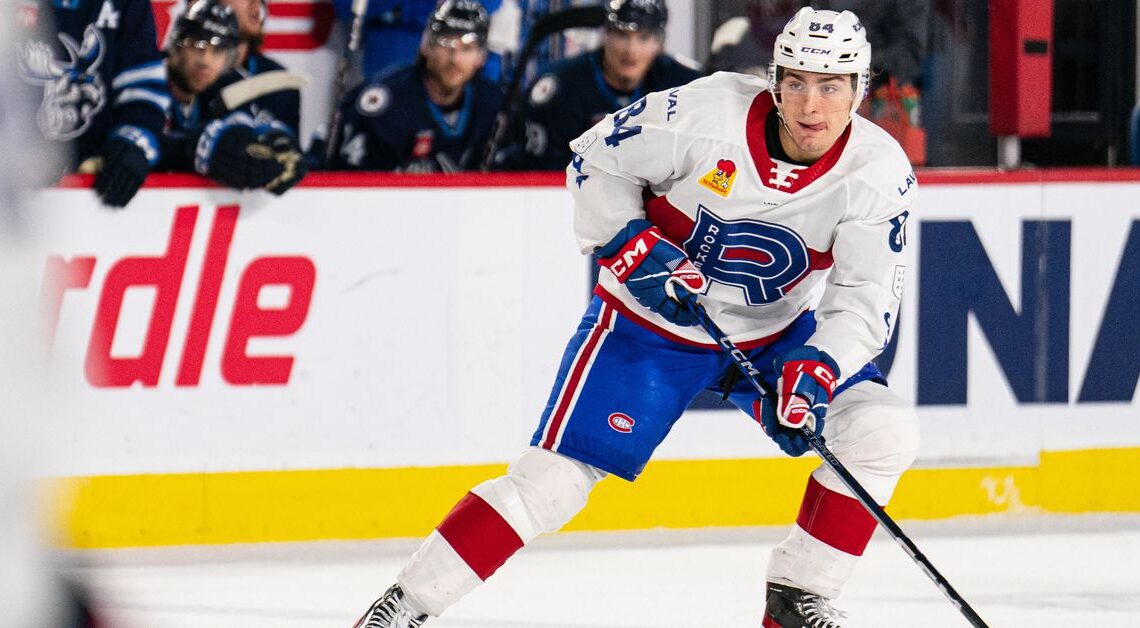 The Montreal Canadiens’ 2021 Draft is best known for players like Logan Mailloux, the team’s first-round pick, or players like Riley Kidney, Oliver Kapanen, or Joshua Roy. While those four players were either at the World Juniors or playing well at their current levels, there are also three players from that draft who are playing for the Laval Rocket.

Forward Xavier Simoneau and goaltender Joe Vrbetic (recently sent back to the ECHL) are playing on AHL contracts, and William Trudeau is on his NHL entry-level contract.

Trudeau, 20, was the team’s fourth-round pick (113th overall) and it wasn’t guaranteed he’d be in the AHL this season. He could have gone back to the QMJHL, but the team kept him to start the season and they are reaping the benefits now.

With injuries to Otto Leskinen, Nicolas Beaudin, Tory Dello, and Madison Bowey plus Justin Barron’s recall to the NHL’s Canadiens, there are only three players on defence who started the season in Laval currently in the lineup: Trudeau, Corey Schueneman, and Mattias Norlinder.

Trudeau has been playing top-pairing minutes with Schueneman, and recently has taken over the top power play unit. On Saturday against the Toronto Marlies, Trudeau was the chosen defender to start the overtime period.

Jean-François Houle was asked what he has thought of Trudeau’s recent play.

“Excellent,” he said. “He’s improved so much since the beginning of the year and a lot of it for hockey players is mental. For him, it’s feeling good about himself, he’s getting the ice time, he’s getting rewarded. He’s taking the opportunity and taking advantage of it. Sometimes people can’t deal with that pressure and can’t take advantage of it but he doesn’t seem to be phased. That’s a great, great quality to play in a market like Montreal for a young French Canadian not to be phased and take the opportunities.”

Trudeau’s stat line of one goal and seven assists in 28 games won’t jump off a page, but he had a big assist on Anthony Richard’s tying goal on the power play on Saturday.

The Rocket have said all year that they look to make Place Bell a fortress and make it hard for other teams to come in and win. In January, they are 3-0-2 at home, having yet to lose in regulation. In all they are 4-3-2 in the month and have moved into a playoff spot but have another big week with three divisional games, playing the two teams behind them starting with the Belleville Senators on Wednesday and two…