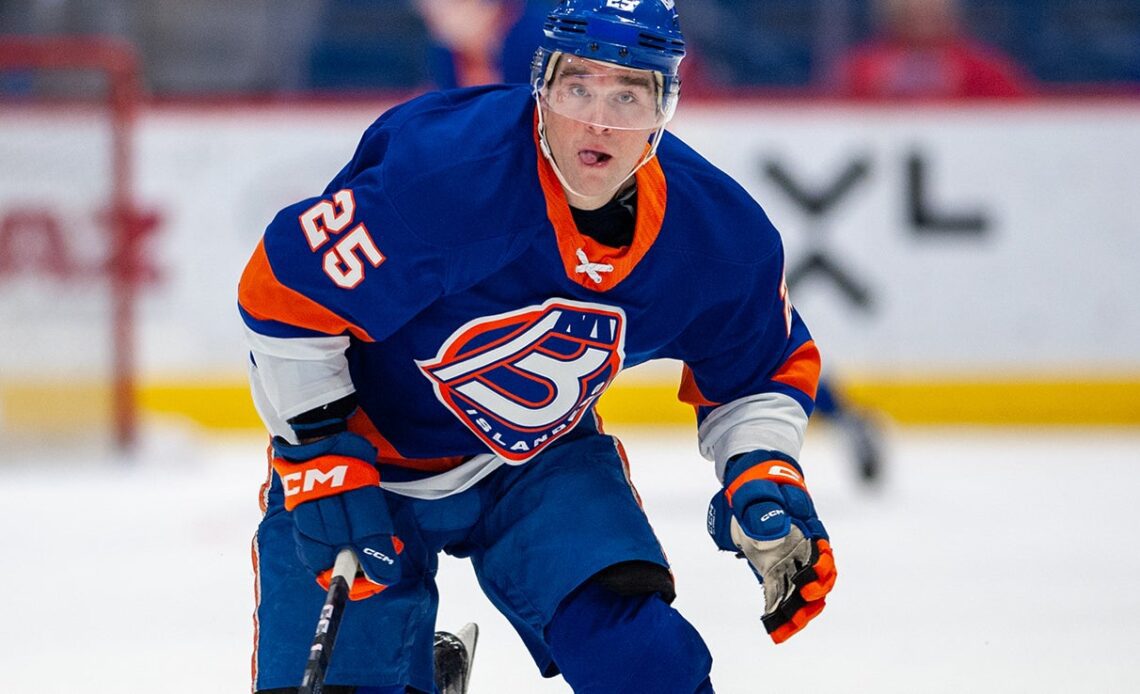 Chris Terry scored twice and added one assist on Wednesday night to lead the Bridgeport Islanders (18-16-6-1), American Hockey League affiliate of the New York Islanders, to a 6-2 win against the Hartford Wolf Pack at XL Center (16-15-3-6).

Andy Andreoff and Paul Thompson recorded one goal and one assist each, while Ruslan Iskhakov had two assists. Jakub Skarek (5-9-3) made 32 saves.

The Islanders scored each of the first five goals and cruised to their fourth win against the Wolf Pack this season (4-2-0-0). Thompson notched the deciding tally early in the first period, which came on the power play. With Karl Henriksson in the box for tripping, Thompson settled a pass from Paul LaDue and snuck a shot through the five-hole of Hartford’s Dylan Garand to put the Islanders up 3-0 at 7:28 of the first.

Otto Koivula opened the flurry just a minute and a half into the game with his 10th goal of the season. Thompson sent a pass from behind the net to Koivula, who promptly fired a shot past Garand’s glove to give the Isles a lead they didn’t surrender.

Andreoff doubled the lead two and a half minutes later, tipping Iskhakov’s chance past Garand for his team-leading 20th goal of the campaign. Thompson made it 3-0 with his fifth goal of the year.

At that point, Garand was lifted from the crease and replaced by Louis Domingue. Garand made five saves on eight shots.

Bridgeport stayed hot to begin the middle stanza. Terry pushed the lead to 4-0, taking a pass from Andreoff and flipping it over Domingue’s glove at 1:28 of the second. The goal was Terry’s first point of an eventual three-point evening.

Vincent Sevigny made it 5-0 at 4:46 of the second with his fourth career AHL goal. Terry sent a cross-ice pass to Sevigny, who swiftly buried a shot for Bridgeport’s largest advantage.

Turner Elson got the Wolf Pack on the board, grabbing a rebound following a Zach Giuttari shot and pushing it past Skarek. Hartford cut the lead to three midway through the final stanza, as Sammy Blais scored a power-play goal on his conditioning loan from the New York Rangers, his first AHL goal since February 9, 2019. Blais took a pass from Ryan Carpenter behind the net, powered his way into the slot, and hammered a shot past Skarek.

Terry capped the scoring with an empty-net goal scored shorthanded at 15:40 of the third.

The Islanders finished the game 1-for-4 on the…