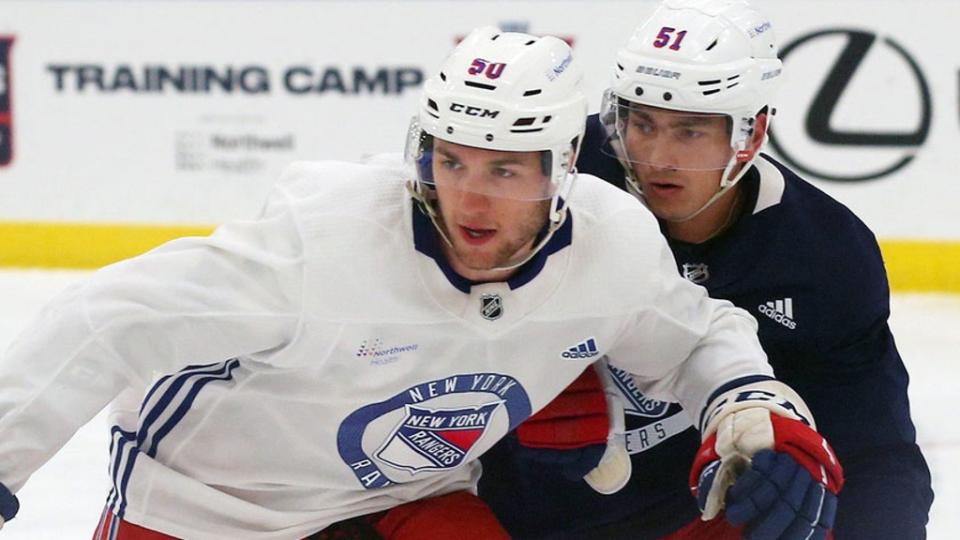 Not only is Will Cuylle making his NHL debut for the Rangers on Wednesday night, but he’ll also do so in his hometown city of Toronto against the Maple Leafs.

Recalled from Hartford on Tuesday, Cuylle said he’s eager to get out on the ice for his first NHL action.

“I’m pretty excited,” he said. “Obviously, it’s pretty cool skating out there just for the morning skate. Obviously, growing up here, it feels like your back home, so I’m really excited.”

Cuylle, a second-round draft pick by the Rangers in 2020, said he’ll have around 20-30 people in the building to watch his debut, with many more people watching at home.

In 39 games for Hartford this season, Cuylle has netted 13 goals with seven assists, leading the Wolf Pack in goals.

But he said on Wednesday that he wants to play within himself in his debut.

“Just worry about the things that I can control,” Cuylle said. “I’m just going to go out and work as hard as I can and keep it simple and not try to do too much and just play my game. That’s what got me here, so I’m just gonna stick to that.”

Cuylle may be trying to play it cool when it comes to his approach for Wednesday’s game, but Rangers head coach Gerard Gallant hopes the young forward finds the back of the net.

“It’s his hometown, first NHL game, so I think it’s going to be outstanding for the kid,” Gallant said with a smile. “Hopefully he’ll play real well and pop at least one goal.”