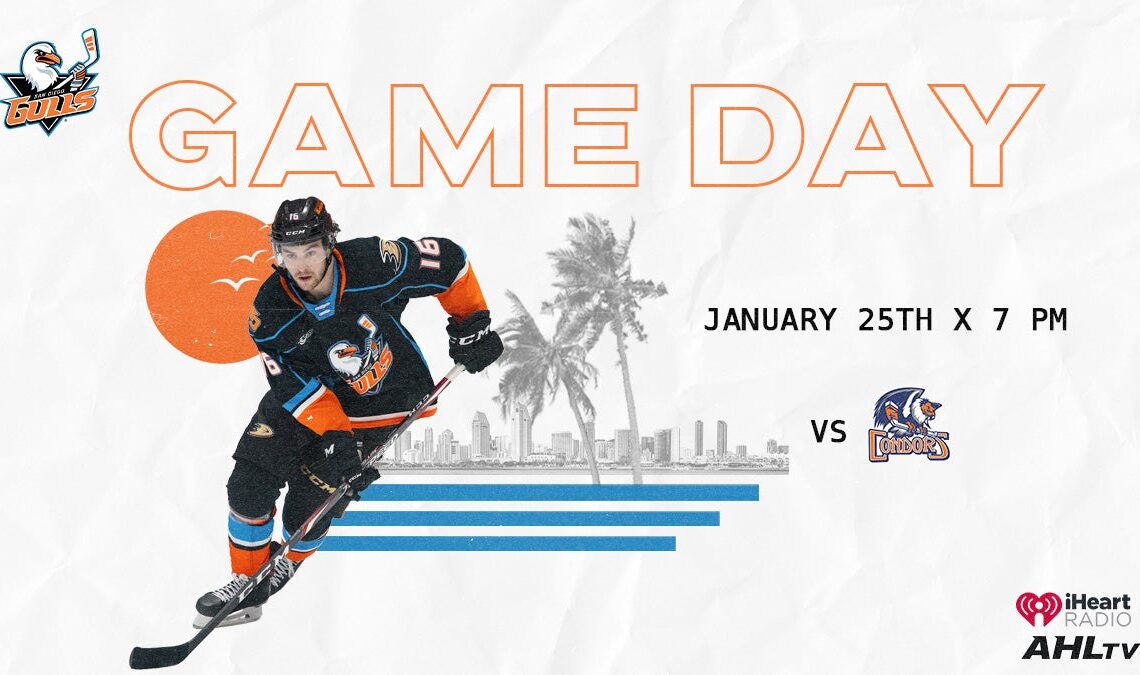 “It’s nice to not be on the road and it’s nice to be back at Pechanga,” Gulls left wing Pavol Regenda said. “I’m really excited about it. I think everybody is going to everything to succeed, to win, and hopefully we can make good games for fans also.”

“We haven’t generated a lot of offense against Bakersfield so far this year,” Gulls assistant coach Kris Sparre said. “They’ve done a good job of shutting us down five versus five, so I think that’s going to be a main focal point for us on how we can create a little bit more volume at their net, create a few more scoring chances for us, because you gotta score to win. We haven’t scored enough against them. That’ll be certainly a focus for us.”

The Gulls carry a five-game losing streak into the contest, a stretch including Sunday’s 4-2 loss to the Coachella Valley Firebirds. In their first visit to the new Acrisure Arena, Regenda and Glenn Gawdin scored to give the Gulls a one-goal lead heading into the final frame. The Firebirds would respond, turning the deficit into a win with three final-frame tallies.

“I think everybody know(s) that Coachella (Valley) is a really good team,” Regenda said. “They’re really good, they’re really hard to play against. I mean, we played the first two periods good, we were winning. We did a few mistakes and they’re an experienced team. They scored those goals and it was hard to get back.”

The Gulls are looking to…