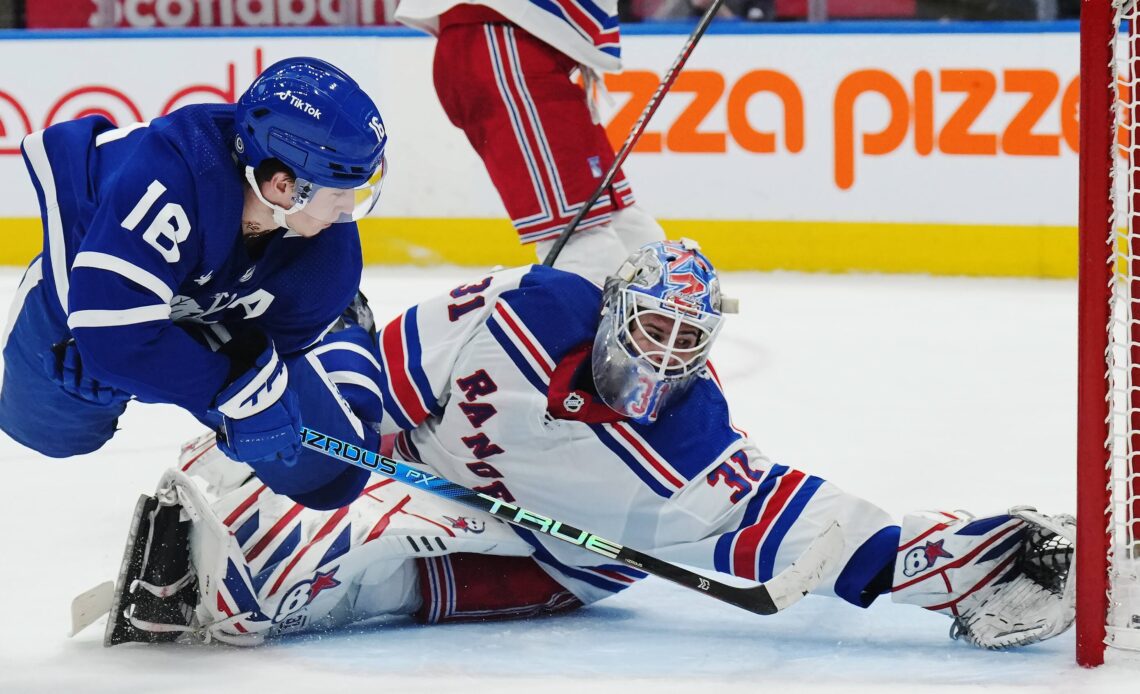 Pontus Holmberg and Timothy Liljegren had the goals in regulation for Toronto (30-11-8). Ilya Samsonov stopped 26 shots.

Marner wove his way past all three Rangers skaters in the three-on-three extra period after Toronto won the faceoff at centre before tucking his 18th goal of the season past an outstretched Shesterkin.

Down 1-0 after the first, Chytil got New York even at 2:10 of the second on a sneaky faceoff play.

The Rangers centre squared off against David Kampf on the offensive zone draw, but instead of trying to win the draw back to a teammate, he fired the puck toward a surprised Samsonov with a shot through the pads for his 14th.

Chytil then gave the visitors — who beat Toronto 3-1 at Madison Square Garden on Dec. 15 — their first lead at 6:31 when Kaapo Kakko fired a slick pass to his linemate for him to snap home his second of the night.

Leafs head coach Sheldon Keefe kept the Marner-Auston Matthews and John Tavares-William Nylander combinations intact Wednesday after reuniting the duos after Monday’s flat first period against the New York Islanders, but didn’t get the same spark as in that 5-2 victory.

New York had a terrific chance to go up 3-1 on a power play early in the third, but Chris Kreider flubbed a sure goal at the side of Samsonov’s net.

Toronto started to push as the period wore on and finally beat Shesterkin, who won last season’s Vezina Trophy as the NHL’s top netminder, when Liljegren scored his fourth with 4:11 left in regulation on a broken play.

Tavares then rattled the crossbar in the dying seconds for the home side.

The Leafs jumped out to a 1-0 lead 2:27 into the first — a chunk of the late-arriving crowd had yet to take their seats due to a winter storm that blanketed Toronto — when Holmberg moved in alone on Shesterkin and backhanded his fifth of the campaign.

Samsonov, who entered Scotiabank Arena at 13-0-1 in 2022-23, made his best stop of the period five minutes before the intermission with a…