Maple Leafs’ Nylander Is Silencing Critics by Carrying His Team 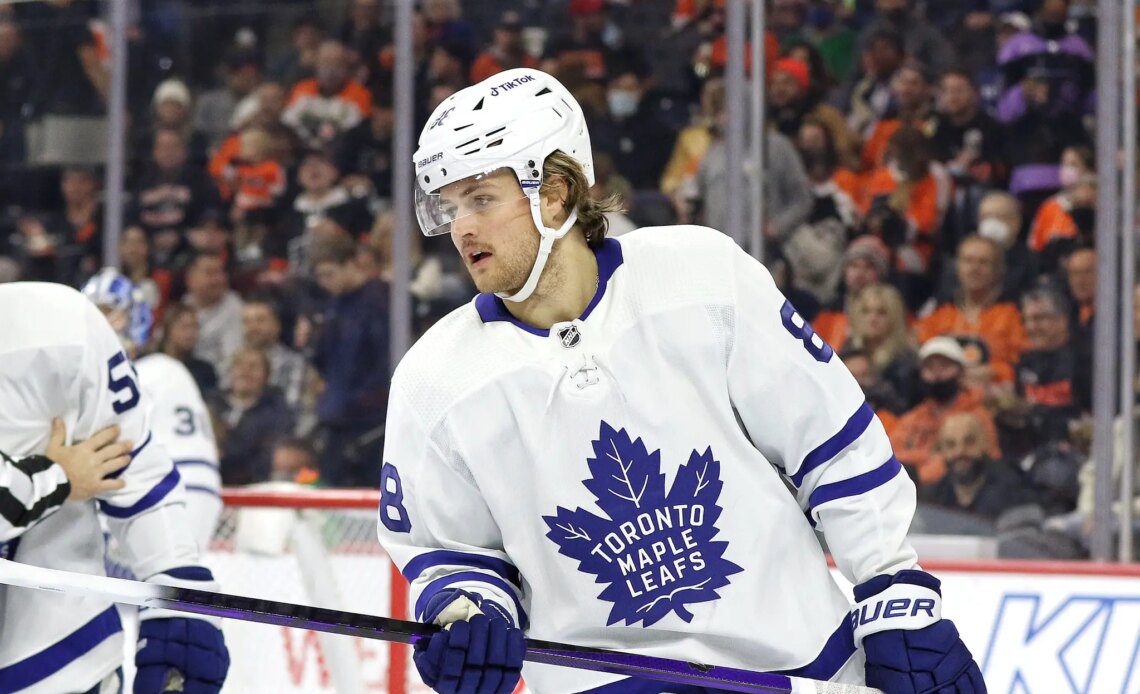 William Nylander has assumed a larger role for the Toronto Maple Leafs recently. Over the past two months, time after time, he’s led his team to wins with his scoring and playmaking abilities.

Nylander’s positive development and team leadership indicate that he’s becoming one of the options the Maple Leafs can count on as they try to find the right combinations for the playoffs. He’s become a reliable contributor to his team’s success.

Nylander’s Game Against the Islanders Is Only One Example

Nylander had a four-point game against the New York Islanders on Monday. But, more importantly, he took over the game, which is no longer a rare event. It was the third time since December 10 that the Maple Leafs have won a game because of Nylander’s play.

Nylander had a significant impact in victories over the Calgary Flames and Florida Panthers. Specifically, he was involved in all five goals against the Flames, and he scored two goals, including the game-winner in overtime, against the Panthers. He also added an assist to help bring his team back from a 4-2 deficit. What we’ve learned this season is that he can – and has – carried his team.

On Monday, Nylander’s four points, including two goals and two assists, came in the span of 11:25 during an explosive second period, which put the Maple Leafs up 4-2; and, at that point, the game was over.

Nylander Has Been Hot Recently

Nylander is on a hot streak, with nine points (four goals and five assists) in his last four games. His performance has helped him rise up the ranks on the Maple Leafs’ all-time scoring list. He’s now one shy of 400 career points, which puts him in 22nd place in franchise history; he needs only 15 points to surpass Ian Turnbull and move into the top 20 all-time scorers in Maple Leafs’ history.

In addition, Nylander’s recent scoring has helped him regain the team lead in goals with 26 and tie Mitch Marner for the team lead in points with 56. Where before, Nylander played second fiddle to Auston Matthews and Marner, he’s now taken his place as a team leader.

Critiques of Nylander’s Lack of Engagement Have Been Silenced

Given Nylander’s hard work on both the defensive and the offensive ends of the ice, the narrative around him is changing – or should.