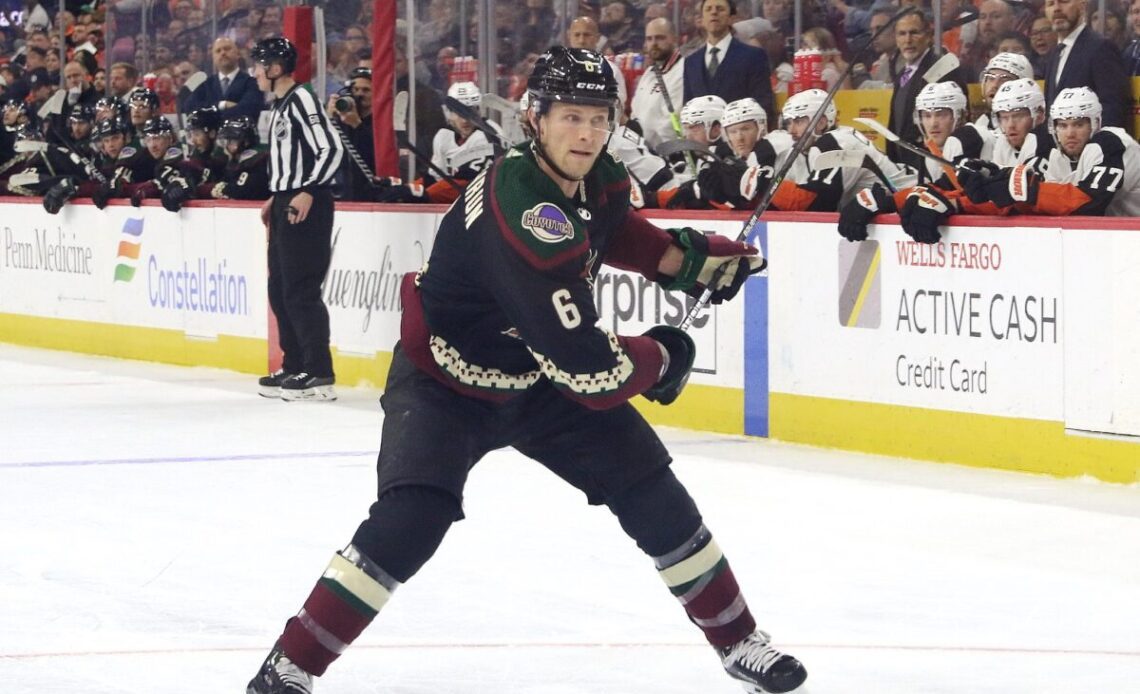 The Winnipeg Jets will be buyers at the trade deadline. However, when most people assume it will be for a forward, it should be for a defenseman, and here’s why Jakob Chychrun fits the bill. He plays the right side where the Jets lack depth on a defensive group that still needs bolstering.

Chychrun’s current club, the Arizona Coyotes, is looking for draft picks for a full rebuild, and the Jets have plenty of depth to offer. Chychrun has two years left on a favourable contract and would shore up the offense and defense of the club simultaneously.

Before you throw me under the bus and clamour for the Jets to obtain a forward, consider that other than Josh Morrissey, the Jets’ defense is average at best. The addition of Chychrun would be perfect, as he’s a top-pairing defenseman who plays the right side and can quarterback the power play.

“I don’t think Winnipeg has the kind of defence corps that you look at, on paper, and feel stirred toward feelings of Cup contention.”

On a Coyotes team that has allowed the fourth most goals in the NHL this season, Chychrun has a plus/minus rating of plus-5. That is second-best on the team, and he’s the only defenseman on the positive side of that stat.

The Jets’ defense under head coach Rick Bowness has significantly improved this season. However, Chychrun’s skill and competitiveness would more than solidify the one weakness critics have had of the Jets in recent years.

“…Chychrun is precisely the type of player Winnipeg needs to make a legitimate Stanley Cup run. Acquiring Chychrun would provide the Jets with two top-pairing caliber players and could give them three rock-solid defense pairings.”

The Jets currently possess the NHL’s second-best penalty kill, behind only the Boston Bruins. Their goals-against average of 2.61 is fourth best in the NHL, and a team once maligned for its team defence is in the top 10 in most categories when it comes to preventing goals. I know this is very cliche, but…defense wins championships, and Chychrun would seal a leak the Jets have had for several years now.