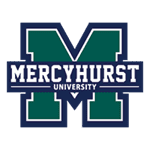 “Tonight we were consistent with our effort, our attitude and our energy,” said head coach Britni Smith. “I thought we did a good job of continuing to find ways, whether it is blocked shots or our power play in the third period, to get what we needed to come out with a win.”

Syracuse (9-17-1 overall, 6-4 CHA) jumped out to a 1-0 lead less than four minutes into the game when junior Hannah Johnson tallied her fourth goal of the season. Freshman Rhea Hicks fed a pass to Bellefontaine in the right circle and then Bellefontaine hit Johnson with a pass in the left circle for the score. Johnson also recorded five blocked shots in the game.

After RIT (4-22/1-8-1) tied the game three minutes into the third period, 1-1, the Orange scored three straight goals to close out the win. Bellefontaine scored the game-winner with 15:06 left in the game on assists from junior Tatum White and senior Mae Batherson. Bellefontaine has scored at least one point…