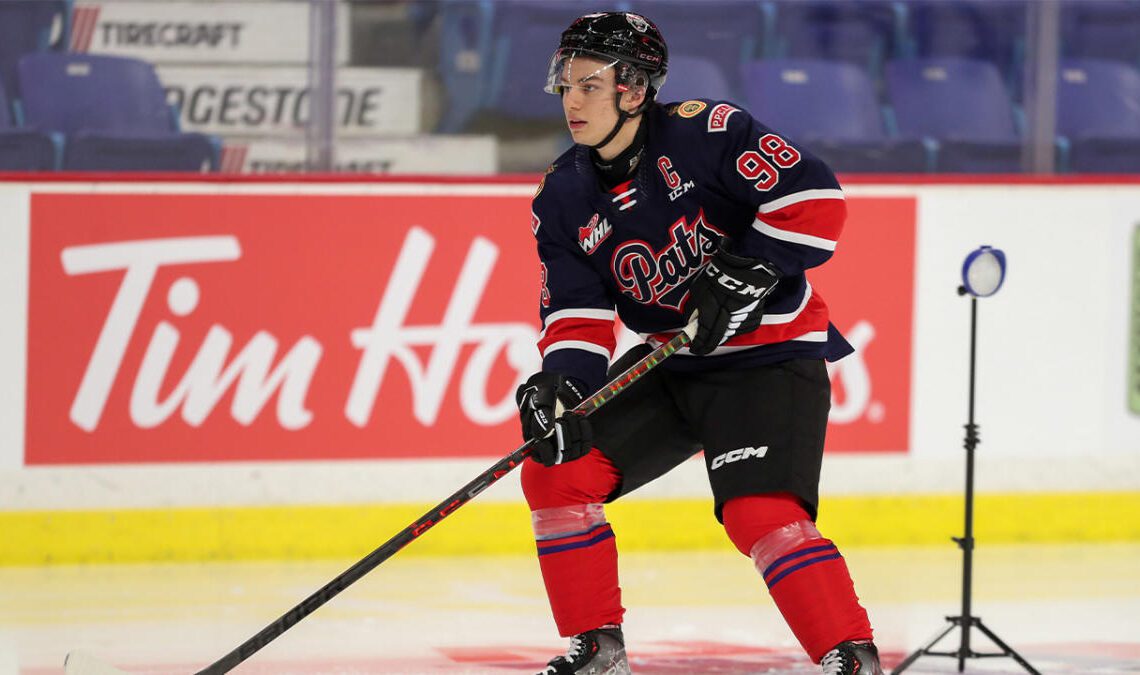 Amid a hard-watched game between the Blackhawks and Canucks, in which the Canucks won 5-2, one broadcast camera found a hilariously preemptive Hawks jersey in the crowd.

One fan took the liberty of claiming a Connor Bedard Blackhawks jersey, well before the highly-anticipated NHL prospect enters the draft.

Bedard, 17, is expected to be the No. 1 overall selection in the upcoming NHL draft. Some prognosticate his career in the NHL will amount to be one of the greatest of all time.

RELATED: Podcast: Are the Blackhawks ruining the tank?

As of this writing, the Hawks’ chances of securing the No. 1 pick in the draft are set at 11.5 percent – the third-best chances behind the Colombus Blue Jackets and Anaheim Ducks.

It’s a bit of a long shot for the Vancouver native to land in Chicago. But, one can dream.

Or, stitch together a jersey, wishfully speaking his spot on the Blackhawks into existence.