Dragons Gear Up For Crunch Clashes 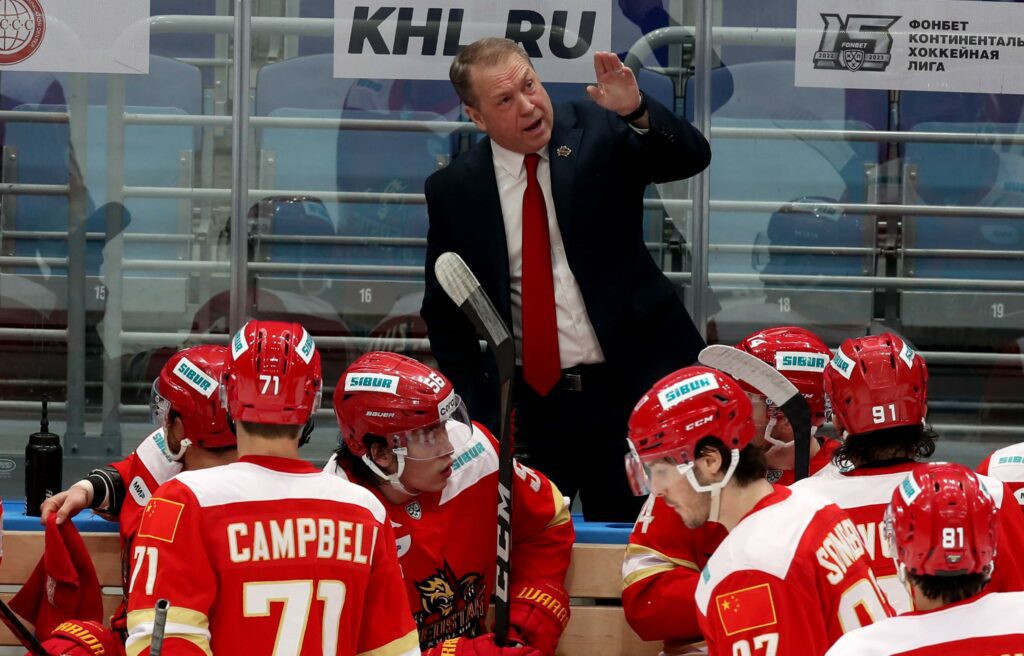 The Dragons’ next three games are make-or-break for the team’s hopes of making the playoffs. We have home games against Dinamo Minsk and Spartak, two teams currently in seventh and eighth place in the standings. Then we go on the road to Belarus for another meeting with Dinamo before moving on to a tough engagement at CSKA.

With big games ahead, the loss of captain Brandon Yip to suspension is a significant blow. He’ll sit out the first two of these encounters after his major penalty in our recent clash with Vityaz. With Jack Rodewald on the injured list, Greg Ireland will be looking for other forwards to step up and lead the offense in these crunch encounters.

Last time out: After suffering a last-gasp 2-3 loss in our first meeting, the Dragons hit back to win 6-2 in Minsk earlier this month. Cliff Pu’s first hat-trick in the KHL led our guys to one of their best results of the season.

Background: Dinamo snuck back into the top eight by the narrowest of margins after an overtime loss at Spartak on Tuesday. The Bison took a single point from that game, joining Severstal on 54 points but moving ahead of the Steelmen by virtue of winning more games in regulation. However, Craig Woodcroft’s players are very much in the thick of a battle to secure a top eight finish and will be all too aware of the consequences of dropping points to the Dragons in these two games.

It’s fair to expect a close game this time. Three of Dinamo’s last five were tied at 60 minutes, and Jan. 17’s 2-0 win over Severstal was the only one to be settled by more than a single goal (and that second goal was an empty-netter with 25 seconds left). That represents a big change for the Bison, with the defense tightening up significantly. Dinamo has given up 166 goals this season, joint worst in the KHL. However, nine goals allowed in the last five represents a big improvement.

Last time out: Spartak’s previous visit to Mytishchi saw KRS win 3-0. Doyle Somerby scored his first for the club and Alex Riche potted his first of the season while Matt Jurusik stopped 37 shots. Later, we suffered a 2-3 loss in Moscow in mid-January.

Familiar faces: Two of our current loan players, Dmitry Kostenko and German Tochilkin, joined us from Spartak. Kostenko has been with…