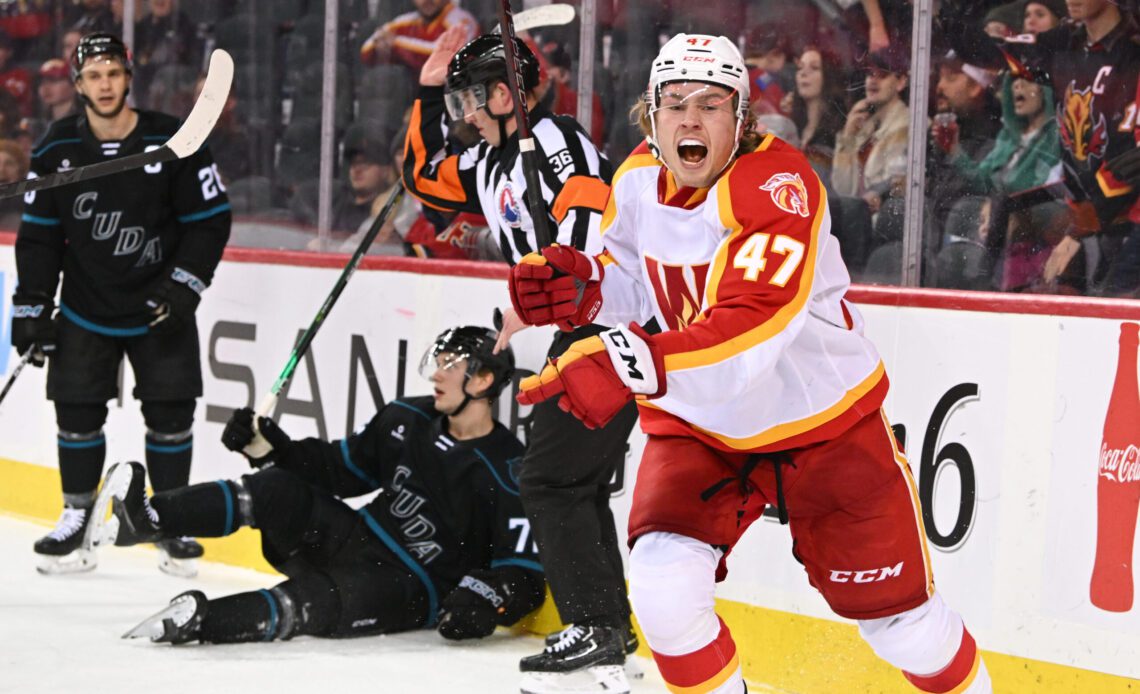 Connor Zary is making the most of his second pro season.

He recently appeared in his 100th-career AHL game against the Abbotsford Canucks on Jan. 21 and has subtly and methodically gone about his business with the Wranglers.

At the midway point of the season, with just a few games remaining before the all-star break, he has already set career highs in goals and assists, averaging better than a point-per-game with 41 in 39 tilts.

It’s been an impressive start for the Saskatoon product.

“I feel great,” said the 21-year-old Zary. “When the team’s having success and obviously producing a lot of goals per game, it’s always a little bit easier to get on the scoresheet and produce individually.

“Last year wasn’t the best year for me, so I think just getting that summer to reset, (I had) a lot to prove this season, so that’s what I was focused on.”

Zary – the Flames first-round pick in 2020 (24th-overall) – appeared in 53 games last season, posting 13 goals and 25 points. A centreman by trade, Zary has been utilized on the wing more often this year.

“I’m really comfortable on the wing,” he explained. “Left ring, right wing, centre, it doesn’t really matter to me. It’s just a chance to get out there and play.”

Having a winger who can take faceoffs is advantageous, especially on the powerplay, where Zary has been extremely effective. He is currently tied for the team lead with six extra-strength goals.

Recently, Zary has been making the most of his opportunity to play top line minutes with the Wranglers since the recall of Jakob Pelletier (Zary’s roommate) to the Flames. He hasn’t missed a beat either, with six points (2g, 4a) in his last five games playing alongside Matthew Phillips and Radim Zohorna.

As the AHL affiliate of the Flames, the Wranglers have had to adapt to a series of notable call ups to the big club this season. In response, they’ve adopted a cliche but true mantra of the ‘Next Man Up,’ and they are staying focused, sticking with the process, and gettin ‘er done.

“That’s us” said Zary. “Being even keeled, and that’s the type of mentality you need down the stretch here, especially in playoffs.

“That’s kind of the mindset we’re building around here.”