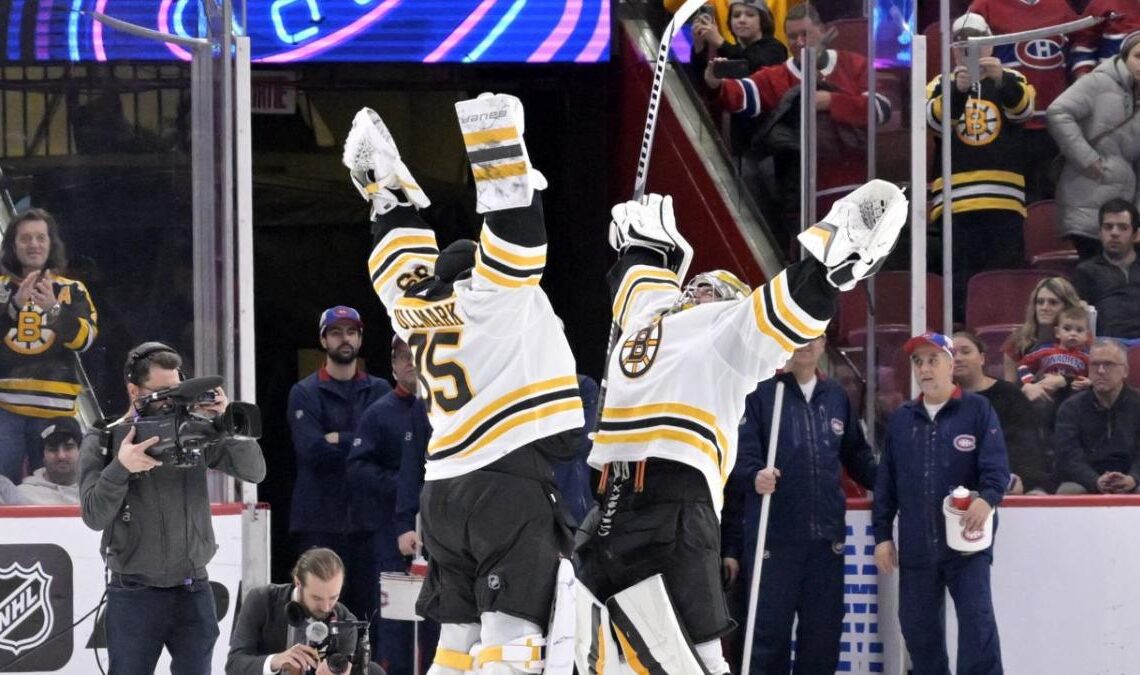 The Boston Bruins beat the Montreal Canadiens 4-2 at the Bell Centre on Tuesday night in a surprisingly competitive game.

The victory improved the Bruins’ record to 38-5-4 and gave them a 14-point lead over the Toronto Maple Leafs, Carolina Hurricanes and New Jersey Devils for the NHL’s best record.

Boston also broke a league record with the win over its archrival. The B’s became the fastest team in history to reach 80 points in the standings, and they needed just 47 games to hit that milestone, besting the previous mark set by the 1943-44 Canadiens and 1979-80 Philadelphia Flyers at 49 games.

Here’s a look at the teams that reached 80 points the fastest.

The Bruins are currently on pace for 139 points and 66 wins.

The Bruins are a well-rounded team. They’ve scored the most goals and allowed the fewest goals. Their special teams have impressed, too, and the goaltending has been elite.

This team has no major weaknesses, but it should still be aggressive before the March 3 trade deadline. Bruins general manager Don Sweeney needs to bolster his roster’s depth to ensure it’s in the best position possible for a deep playoff run.