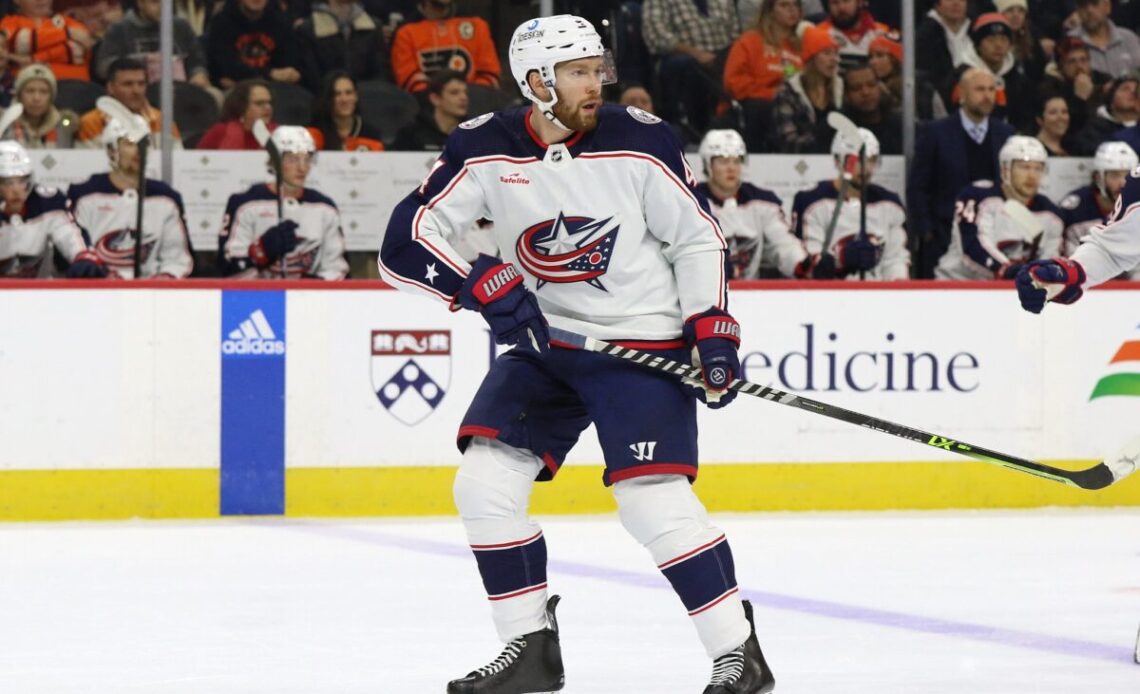 The Columbus Blue Jackets are in a pickle. The end result could see them saying goodbye to one of their veteran defensemen.

Vladislav Gavrikov’s name has been all over the rumor mill. It started with the Blue Jackets hoping to sign him to an extension. It then turned into no new deal being found. Instead, it was Andrew Peeke who landed a new contract.

Hope was restored when reports came out indicating the two sides were talking in the hopes of finding common ground. But now, the expectation is that Gavrikov will have a new home by the Mar 3 Trade Deadline.

The Blue Jackets’ efforts to keep Gavrikov should tell you what you need to know about what they think of him as a player. He’s well respected in the locker room. He’s a no nonsense, honest player in which you know exactly what you are going to get from him night in and night out.

In addition, Gavrikov is one of the leaders on the blue line. During a season where as many as 11 players were out of the lineup at once, his steady presence really stood out.

Why do the Blue Jackets want to keep him? They believe he would be an important part of their future. He would also ensure a continued veteran presence in the lineup. His departure should it happen would leave another gaping hole on defense they would have to fill.

The Blue Jackets most experienced defender is Erik Gudbranson. Since Zach Werenski won’t be back until next season, the rest of the blue line is vastly inexperienced. They would have every motivation to keep Gavrikov to ensure both leadership and experience to help the young players along.

However the overwhelming feeling is that a trade is going to happen. That’s music to the ears of contenders in need of an upgrade to their blue line. Should a trade happen, Gavrikov’s resume will appeal to contenders.

Contending teams looking to acquire Gavrikov aren’t acquiring him to be their number-one defenseman. They’re acquiring him because his style would fulfill their need of a playoff-type depth defenseman.

Gavrikov’s game has an element of predictability in it that contenders would love to have. When he’s on the ice, he has no issue with being willing to lay hits, block shots and do whatever is necessary to keep the puck out of the net. He’s not always looking to make a hit, but he…