3 Flames Most Likely to Be Traded Ahead of 2023 Deadline 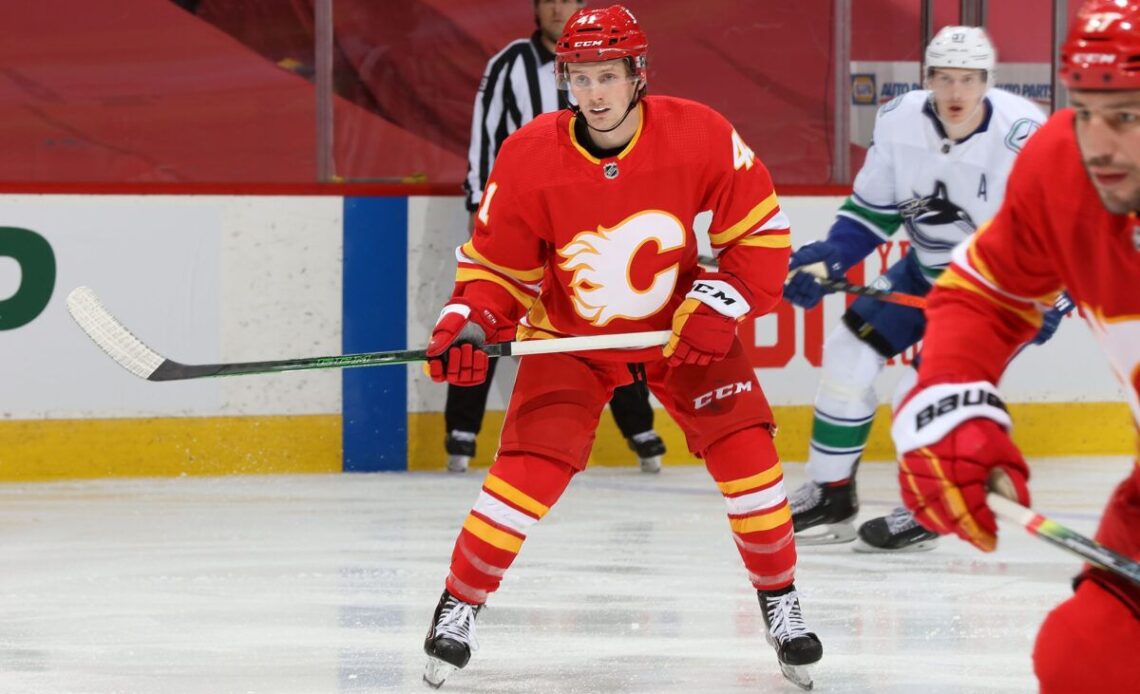 The Calgary Flames don’t have a superstar this season, but they are still in a good position to qualify for the postseason and make a run. After winning the Pacific in 2021-22, they have taken a step back with some new faces and regression from some of their top players.

The Flames need a forward upgrade, and they have options heading into the 2023 Trade Deadline. They have salaries to move out and a couple of players that other teams would be interested in acquiring. The Flames don’t have much cap space to work with and will need more room to make the necessary moves to become contenders. Here’s a look at the three most likely players to be traded this season.

The Flames may have reached their limit with Matthew Phillips, who was given a very small opportunity this season and nothing else. He will be turning 25 in a couple of months and has three NHL games to his name. Calgary could have given him the opportunity to play more since rookies Walker Duehr and Jakob Pelletier are now slotted into the lineup, and Phillips has given them every reason to give him an extended look as he continues to produce at a stellar pace in the American Hockey League (AHL).

He is averaging well over a point per game for the second straight season and has 23 goals and 45 points in 33 games with the Calgary Wranglers. His AHL career has been impressive, with 90 goals and 206 points in 232 games. He ranks third in points in the AHL this season and has been an amazing linemate to Pelletier and Connor Zary.

Since Phillips is a restricted free agent (RFA) at the end of the season, now is the best time to use him as a trade piece to bring someone who can help the team win now. If Phillips hasn’t gotten a good look in the NHL yet, I don’t think he will get one in Calgary. Many teams should be intrigued by his consistent output at a young age and might want to give him a shot.

Milan Lucic‘s time as a Flame is coming to an end. It’s unlikely he’ll be re-signed for next season, and there is a decent chance that management could include an asset to move him by the deadline. He has a cap hit of $5.25 million and has spent most of this season and last on the fourth line. He plays his role well, but that’s where he belongs, and the team doesn’t have the cap space to add an impactful top-six winger with scoring ability and speed with him on the roster.