Would a real-life trade boost Brock Boeser even further? 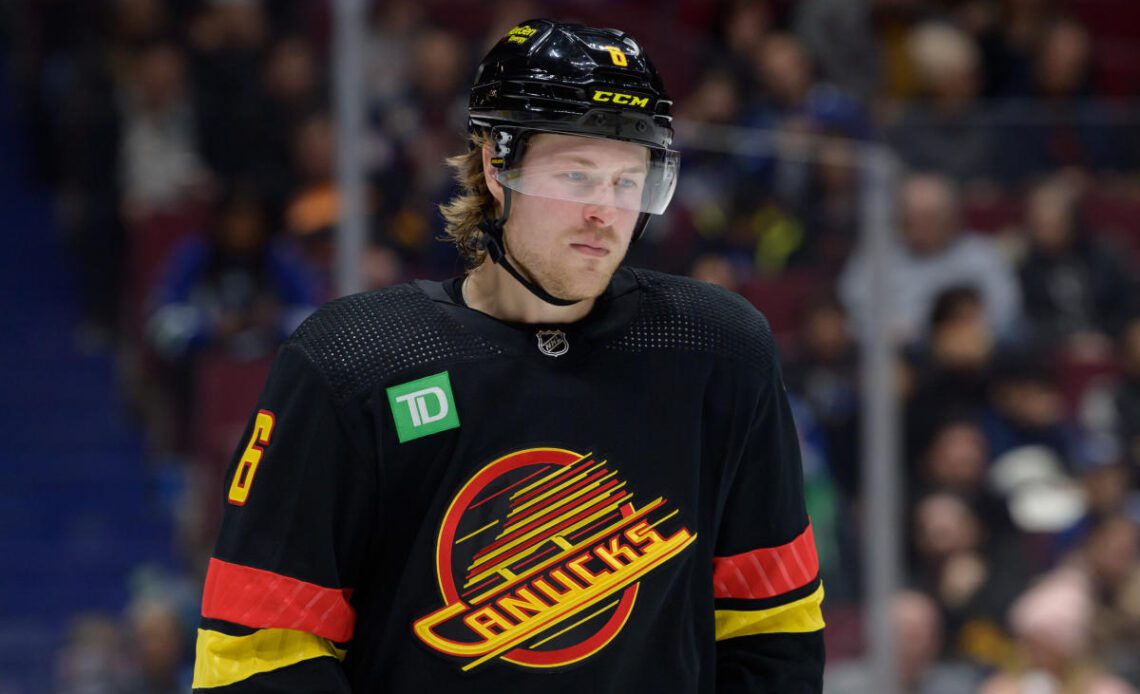 In this space, we’ll look at which NHL players are seeing their fantasy hockey values rise or fall on a week-to-week basis.

This week’s article includes a Flyer rolling, Tuch tucking in goals, a hot Blackhawk d-man, a Kraken goalie playing like he has eight tentacles and the Flames’ netminder fizzling out.

Laughton is centering the Flyers’ third line at even strength but is the pivot on the first power-play unit. It’s been a tale of two seasons for Laughton. First, during the two months from Opening Night on October 13, Laughton posted just four goals and six assists in 26 games. Since then, Laughton has been red-hot, with eight markers and 10 apples in 18 contests. With 12 goals and 16 assists, Laughton sits one tally, four helpers and four points short of matching his career highs in each category.

Boeser, who signed a three-year, $19.95 million contract to remain with the Canucks last July, appears to have finally gotten into a groove. He has notched three goals and four helpers over his last 10 outings while skating on a line with Elias Pettersson and Andrei Kuzmenko. With Vancouver in free-fall, expectations are that a fire sale could be forthcoming before the trade deadline, with Boeser’s name amongst those mentioned. If that does happen, Boeser could find himself in an even better offensive situation.

Tuch has been more than a solid component as part of the return in the Jack Eichel deal with Vegas. Tuch notched two assists Saturday for his fourth multi-point performance in the last 13 games, a stretch during which he’s racked up seven goals and 16 points. That hot stretch has bumped his season numbers to 22 goals and 29 assists in 46 games, leaving Tuch just three assists and one point shy of tying his career-high in each category. The 22 markers are already a career-high for Tuch, who has three years remaining on the seven-year, $33.25 million contract extension he signed with the Golden Knights in October of 2018.

Zucker’s inclusion on this side of the ledger is for those in deeper leagues. After looking like a 35-point producer the past few seasons, Zucker has stayed healthy this season, which has contributed to him notching 13 goals and 17 helpers in 42 games. Five of those tallies and two helpers have come in the last eight games, with the veteran left winger benefitting from playing with Evgeni Malkin….