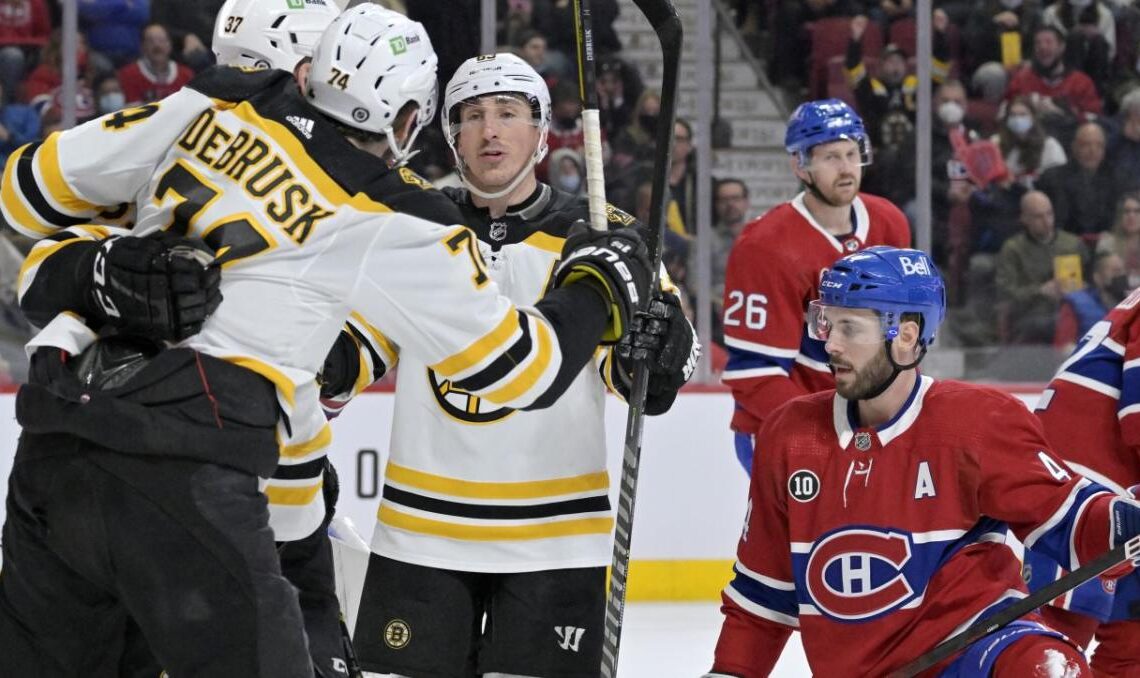 The Boston Bruins and Montreal Canadiens have the most intense and historic rivalry in NHL history, and the latest chapter in that almost 100-year story will be written Wednesday night at the Bell Centre.

There’s one problem with that, though.

This will be the first time the Bruins and Canadiens have played all season. It’s almost February. This matchup also is one of just three head-to-head meetings between these teams.

Three games between the Bruins and Canadiens? Do better, NHL.

The Canadiens will host the Bruins in Montreal the same amount of times — only once! — they play the Coyotes, Predators, Sharks, Kings and Golden Knights, etc., at home this season. This scenario should never be a reality.

The league’s recent expansion to 32 teams has forced rivalries to take a bit of a backseat. Every team plays its 16 non-conference opponents twice, once at home and once on the road, for a total of 32 games. Every team also plays its eight non-divisional opponents within its own conference three times. This accounts for 24 games. As a result, there are only 26 games left for divisional opponents, which means every team plays some division rivals three times and others four times.

“You’d like to have six games against each team, but (with) 32 teams we can’t do it anymore,” Bruins head coach Jim Montgomery said after his team’s emotional 4-3 win against the rival Toronto Maple Leafs at TD Garden on Jan. 14. “There are big games like this as our season continues. We haven’t played Montreal yet, and we only play them three times.”

That tilt between the Bruins and Leafs was one of the most exciting games of the entire season so far. There were seven goals, 61 hits, a great fight and 60 minutes of physical, end-to-end action between two teams that don’t like each other.

“There’s players on their team that certain guys on our team don’t like, and I’m sure it’s the same way (with Toronto),” Montgomery said after the Jan. 14 victory. “That’s what makes a rivalry and that’s why it was such a heated, good hockey game.”

More of that please!

The Bruins-Canadiens rivalry isn’t the only one being affected by the league’s current scheduling format.

The Battle of Alberta between the Calgary Flames and Edmonton…