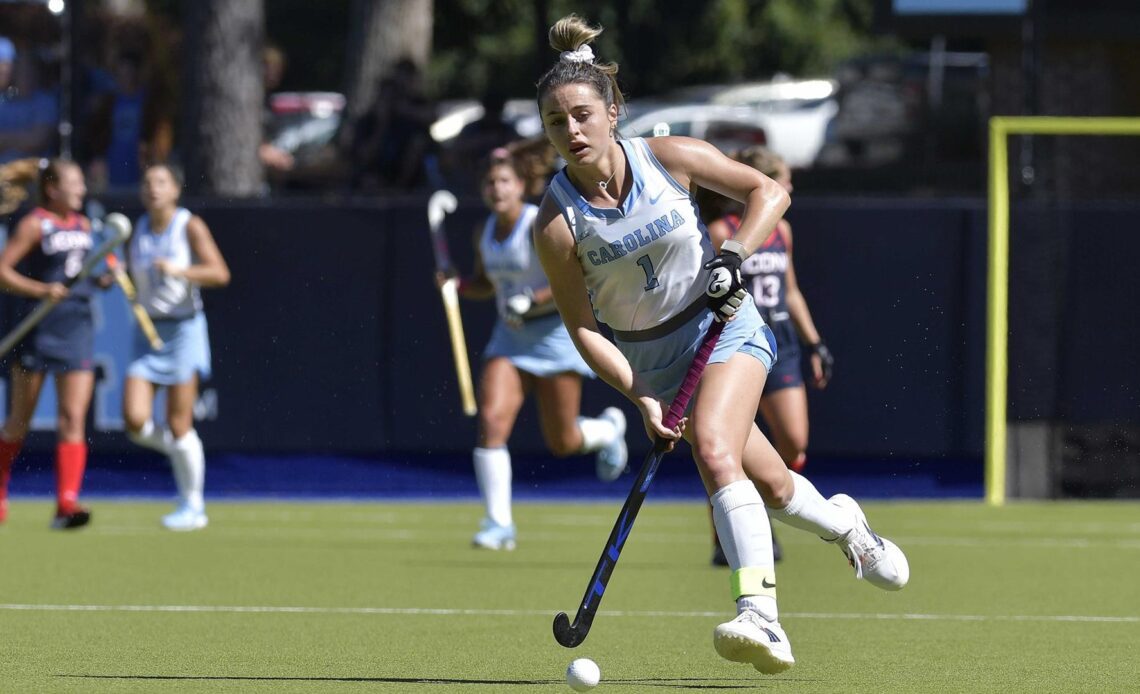 CHAPEL HILL, N.C. (UNC Athletic Communications)  – For the third time in her career, North Carolina’s Erin Matson has been selected as the winner of the Honda Sport Award for Field Hockey, as announced Tuesday by Chris Voelz, Executive Director of the Collegiate Women Sports Awards (CWSA).

Matson, who also won in 2019 and 2020, is just the second field hockey player ever to win field hockey’s Honda Award three times. The first to do so was recently retired UNC coach Karen Shelton when she was a player at West Chester.

The Atlantic Coast Conference has now claimed two of the three NCAA Division I Honda Sport Awards announced so far this season. NC State’s Kaitlyn Tuohy was named the recipient of the Honda Sport Award for Cross Country last month after leading the Wolfpack to the NCAA title by taking the gold medal at the national finals.

In 2022, her fifth season as a Tar Heel, Matson led Carolina to a 21-0 season, winning the program’s 10th NCAA Championship and 25th Atlantic Coast Conference Championship.

“It’s really hard to put into words how proud I am of Erin and the amazing career she had at UNC,” said Shelton, who recently announced her retirement after 42 seasons. “To win the Honda Sport Award for a third time is a phenomenal achievement and speaks to her hard work and perseverance, in addition to her outstanding talent and ability. It was really special to watch her evolve over her five years in Chapel Hill – she is a better and more complete player now than she was when she won the Honda Award as a sophomore.”

The Honda Sport Award has been presented annually by the CWSA for the past 47 years to the top women athletes in 12 NCAA- sanctioned sports and signifies “the best of the best in collegiate athletics”.  The winner of the sport award becomes a finalist for the Collegiate Woman Athlete of the Year and the prestigious 2023 Honda Cup, which will be presented on a live telecast on CBS Sports Network in June.

Matson was chosen by a vote of administrators from over 1,000 NCAA member schools.