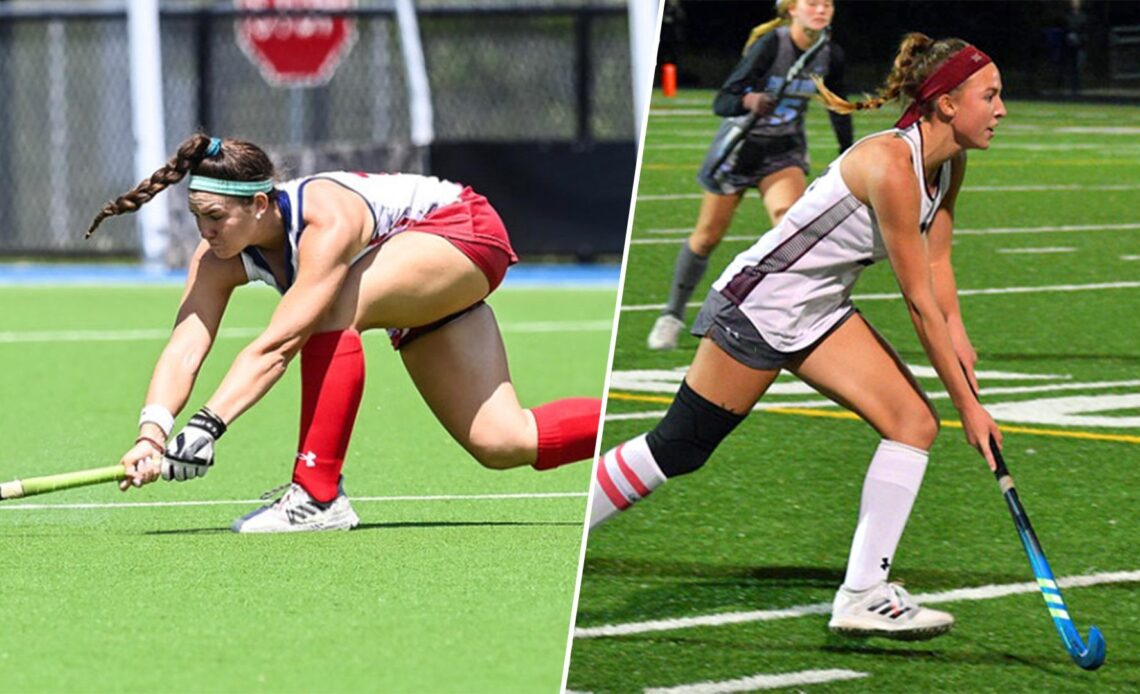 Hollamon, who was recently named a Max Field Hockey First Team All-American, received both Delaware and Mid-Atlantic region Player of the Year honors. The defender from Delmar, Delaware, is a member of the U.S. Women’s National Team and was also selected as a National Field Hockey Coaches Association First-Team All-American. Hollamon was a consensus top-10 recruit, a four-time state champion at Delmar High School and named Delaware D-II Defensive Player of the Year.

Everett was selected as Maryland Player of the Year after leading nearby Broadneck High School to a 20-0 undefeated season and their first state championship in 20 years. The Arnold, Maryland native who earned a Max Field Hockey Second Team All-American selection, scored 19 goals and tallied nine assists over the fall 2022 season. This is the third Player of the Year honor for Everett who was named both Baltimore Banner/VSN and Baltimore Sun Metro Player of the Year for 2022.

Hollamon will join the Terps for spring 2023, while Everett will arrive in College Park for the fall campaign.