Red Wings’ William Wallinder Is A Diamond in the Rough Prospect 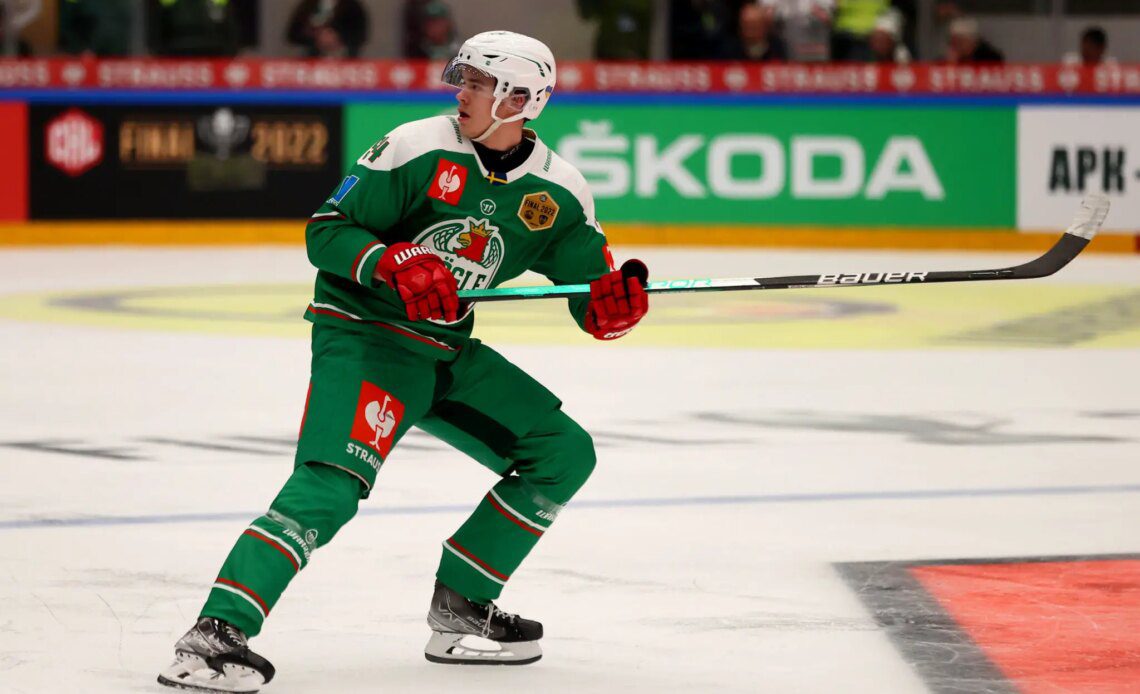 Steve Yzerman knows what he is doing as a general manager (GM). He built a Stanley Cup contender (and winner) in Tampa Bay and is dedicated to doing the same for the Detroit Red Wings. He knows the work (and luck) that is involved with developing players and building a team. So it shouldn’t come as a surprise that the present Red Wings prospect pool has a lot of solid potential NHL talent.

Simon Edvinsson has taken over the mantle of top prospect since Moritz Seider cemented himself as an NHL regular. However, there is another defensive prospect who is making waves this season. That defenceman is William Wallinder.

This second-round pick from the 2020 Entry Draft is having a great year. The 6-foot-4 190-pound defender has 23 points this season, which is higher than his total last season (19). That’s not the only facet he is improving in, though.

The biggest jump that Wallinder has seen is in his shot totals and time on ice (TOI). Last season he averaged 0.97 shots per game. This season it’s skyrocketed to 2.44 shots per game. He’s played for Rogle BK for both years. The coaching staff is placing more responsibility on him this season. Part of that can be seen in his increased ice time of over six minutes per game. Any defender who plays around 22 minutes a night across a whole season is a top pairing defenceman.

A great measuring stick to compare Wallinder’s development to is two fellow Red Wings defenders who went through the Swedish Hockey League (SHL) before finding themselves in the NHL or American Hockey League (AHL). Here’s what Seider and Edvinsson’s last SHL seasons looked like:

At this present date (Jan. 24) Wallinder’s production is between Seider and Edvinsson. He has to play five games and record five points to match the games played and point total of Seider in his 2020-21 SHL season.

A bonus of playing in Sweden is the strong presence that the Red Wings front office has there. It helps the organization keep in touch with their overseas players and ensure they are developing the right way. Wallinder himself has seen one member of the front office, as he outlines below:

“Quite a lot, I would say. He’s (Niklas Kronwall)…