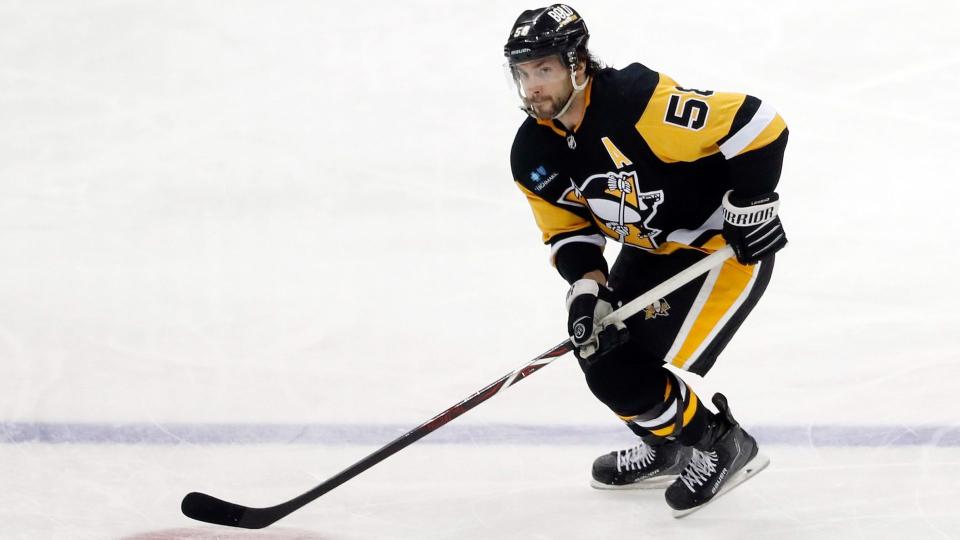 PITTSBURGH — The Pittsburgh Penguins activated veteran defenseman Kris Letang off injured reserve, clearing the way for him to play against Florida.

The 35-year-old Letang has been out since sustaining a lower-body injury during an overtime loss to Detroit on Dec. 28. He spent time in his native Montreal during his absence following the death of his father earlier this month.

It’s been a difficult season for Letang, who signed a six-year contract extension with the Penguins over the summer and has two goals and 14 assists in 29 games. Letang missed two weeks in November and December after suffering a stroke for the second time in eight years.

Pittsburgh is hoping his return can provide a boost. The Penguins, who have reached the playoffs 16 straight seasons – the longest active postseason streak in major North American team sports – were in the eighth and final playoff spot in the Eastern Conference.