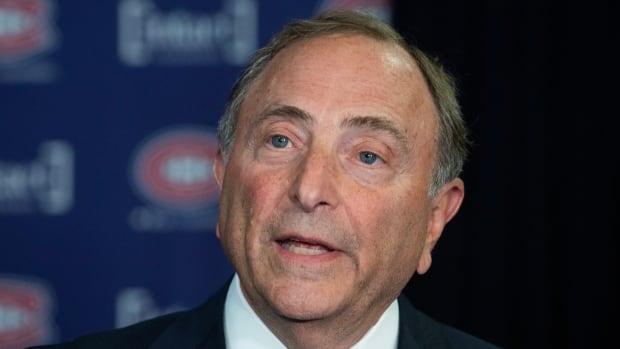 In a media availability at the Bell Centre before the Montreal Canadiens’ game against the Boston Bruins on Tuesday, Bettman said that the investigation was “not a race” and that the goal was to “get it right.”

“Doing an investigation of this nature, getting access to information and people, isn’t something that you can just snap your fingers and make happen,” Bettman said. “Obviously, we’re not the only ones conducting an investigation and apparently nobody’s done yet and so we want to bring it to its conclusion, but we’re just not there yet.”

Bettman had said that the NHL was in the “home stretch” of their investigation on Dec. 13 but that there was still work to be done. Bettman attributed the delay in concluding the investigation to “dealing with the realities” of everyone involved, not resistance from witnesses.

“Getting access to people on a timely basis, we don’t technically have subpoena power, getting documentary evidence that may be filed in places that you have to get access to,” said Bettman. “It’s complicated. It’s not like simply saying, we want it to happen. But we’re trying to work it through when we get to the end and we want to get it right.”

The NHL began its own review after news surfaced that Hockey Canada settled a lawsuit with a woman who said she was sexually assaulted by eight members of the country’s world junior team at a gala in 2018. Several players from that gold medal-winning team are currently in the NHL.

The allegations have not been proven in court.

Bettman also said that the process to sell the Ottawa Senators was “underway.” After the death of owner Eugene Melnyk, Senators Sports & Entertainment said in November that the club would be looking at potential buyers.

“I believe that the data room is open,” Bettman said. “And the people who will file applications to be qualified have begun to do their due diligence and so my understanding is the process is underway.”

One high-profile suitor, Hollywood actor and entrepreneur Ryan Reynolds, confirmed his interest in acquiring the NHL team to Jimmy Fallon on The Tonight Show on Nov. 7, 2022. He added that he needed “a partner with deep pockets.”

Reynolds then visited Canadian Tire Centre on Nov. 8 for a 6-4 Senators loss to the Vancouver Canucks and received an ovation.