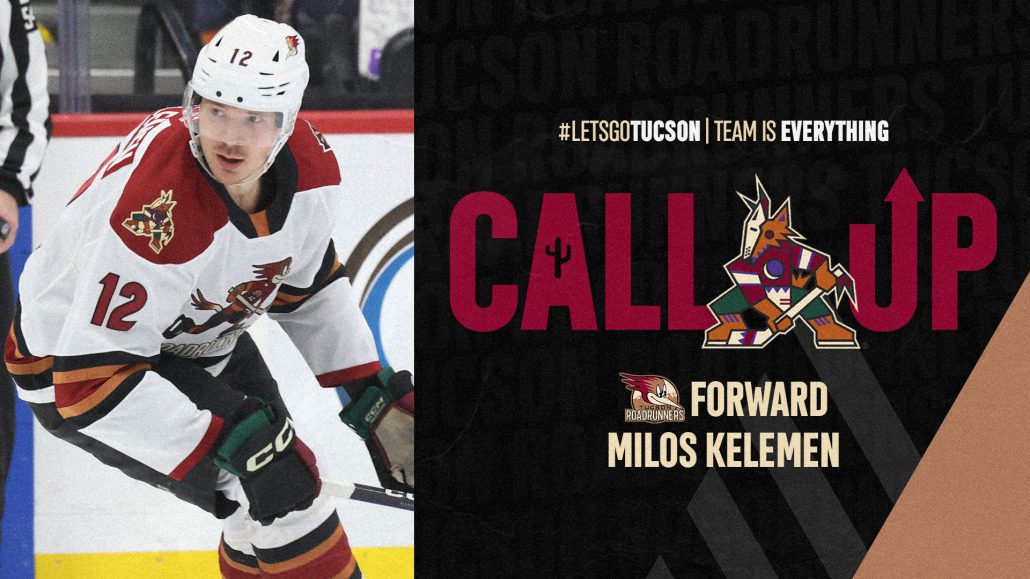 Tempe, Arizona – The Arizona Coyotes and General Manager Bill Armstrong announced Tuesday that forward Milos Kelemen had been recalled from the Tucson Roadrunners.

Kelemen is in his first year in North America after six professional seasons in Europe. The 23-year-old has appeared in all 39 games for the Roadrunners, with nine goals, 11 assists and 20 total points. He recorded his first professional hat trick in a 6-3 win against San Jose on November 19, 2022.

A native of Zvolen, Slovakia, Kelemen represented his country at the 2022 Winter Olympics in Beijing, China. He appeared in seven games for Team Slovakia on their way to earning a Bronze Medal.

The Roadrunners will play their next four games at home at the Tucson Arena, beginning on Tuesday, January 24, with the first of two contests against the reigning Calder Cup Champion Chicago Wolves. Meanwhile, the Coyotes are at home at Mullett Arena Tuesday and Thursday to host the Anaheim Ducks and St. Louis Blues.

Click Here to Read the Full Original Article at TucsonRoadrunners.com…