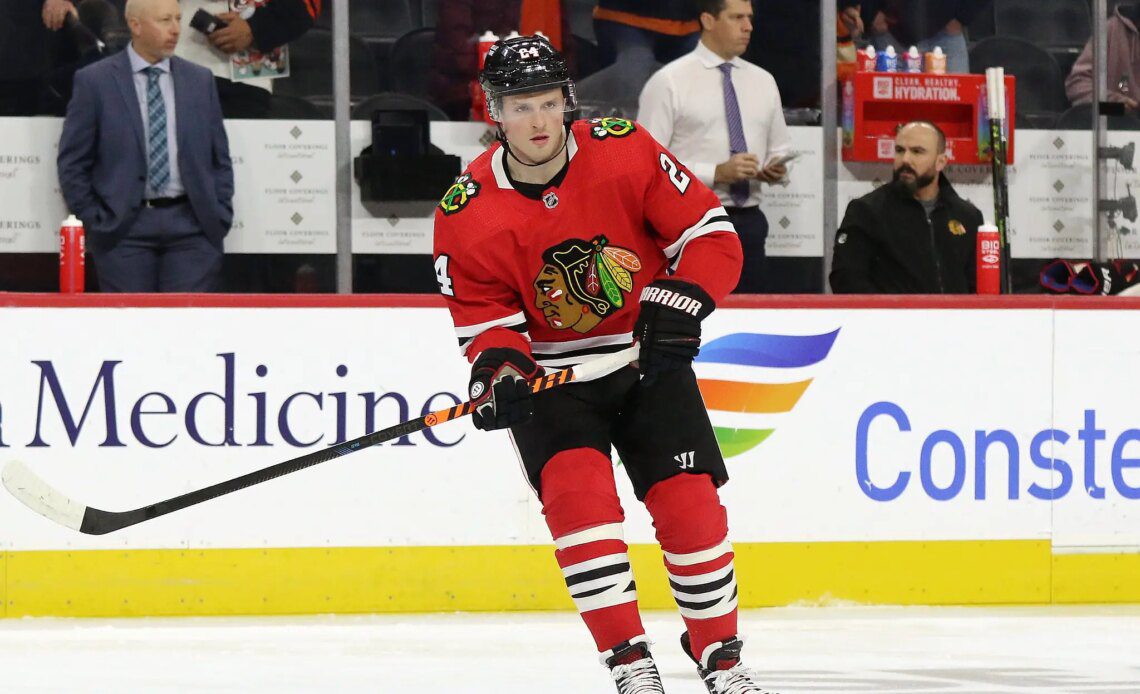 In today’s NHL rumors rundown, the Toronto Maple Leafs could be interested in Sam Lafferty of the Chicago Blackhawks. Meanwhile, the New Jersey Devils could be a team with interest in Timo Meier. The Dallas Stars are expected to add ahead of the NHL Trade Deadline and several teams have checked in with the Columbus Blue Jackets about defenseman Vladislav Gavrikov. Why haven’t the Vancouver Canucks given teams permission to speak with Bo Horvat about a contract extension and is there anything that will stop Pierre Luc Dubois from eventually ending up with the Montreal Canadiens?

Jonas Siegel and Scott Powers of The Athletic write that there will be interest in Sam Lafferty of the Chicago Blackhawks. Among the teams that might like him are the Toronto Maple Leafs.

They write he’s a strong two-way forward and:

“Couple Lafferty’s reliable bottom-six game with an affordable contract ($1.15 million cap hit through the 2023-24 season), and he’s expected to draw some interest at the trade deadline. The Blackhawks are open to listening on nearly everyone.”

Friedman noted during his latest episode of the 32 Thoughts podcast that there is talk the New Jersey Devils want to take a big swing this season and could be targeting one of Bo Horvat or Timo Meier. He notes, “I think Meier is more likely New Jersey’s target than Horvat but I think they’ve kind’ve been around it”

Friedman mentions how they already have Swiss-born players Nico Hischier and Jonas Siegenthaler on the team and that Meier would be a good fit.

Stars Could Add a Smaller Piece

Friedman and Jeff Marek took some time during The Jeff Marek Show to discuss the Dallas Stars and how they’re a legit Stanley Cup contender this season. Friedman expects them to add before the deadline, however, he’s not confident it will be a big piece. Marek believes the Stars might dangle Radek Faksa out there as a trade piece to acquire something else they need.

Faksa has a $3.25 million cap hit and is signed for two additional seasons after this one.