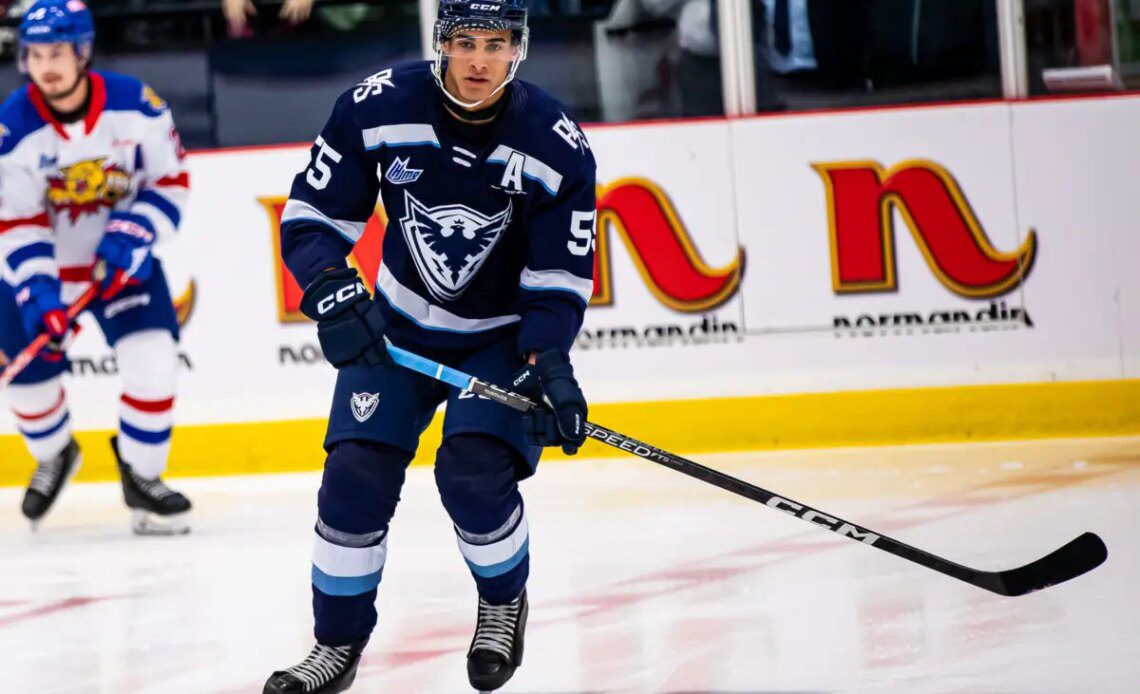 Tyson Hinds is calm, cool and collected. The Anaheim Ducks‘ 2021 third-round pick showed just how poised he can be during Team Canada’s game against Slovakia in the 2023 World Juniors when he gloved down a rebound attempt from Adam Sykora after goaltender Thomas Milic made a terrific scorpion save. The score at the time was 3-3, and that moment proved pivotal as they eventually won in overtime to advance to the semifinal.

Canada, of course, was the gold medal winner after defeating Czechia 3-2 in overtime. Hinds played a key role en route to the Gold Medal game, acting as the more defensively-minded partner to both Brandt Clarke and Kevin Korchinski. He also had fellow Ducks prospects Olen Zellweger and Nathan Gaucher on the team with him. Gaucher won gold at the 2022 World Juniors as part of last year’s team with Mason McTavish.

“It was awesome,” said Hinds in a phone call. “They’re both great guys and good teammates and they’re good hockey players. I already knew them before Team Canada so it was just a great experience and it was pretty fun with both of these guys.”

The trio spent this past summer and fall in Irvine, California, taking part in the Ducks’ development and rookie camps, as well as, the annual rookie tournament. It was the second consecutive camp for Hinds, who concluded the rookie camp by signing his entry-level contract.

“I spoke to (general manager Pat Verbeek) when I signed and (at) my exit meeting, he was happy and he thought I had a great camp and a great rookie camp (and) tournament too. I wasn’t trying to think about (the contract) all the time, just (trying) to play my game, and eventually, good things happened.”

It was during Hinds’ exit meeting that Ducks brass told him that his next goal should be to make the World Juniors roster (from, ‘Hinds réalise enfin tout le potentiel qui l’habite’, Le Droit, 12/21/22). He entered camp as the seventh defenseman but impressed enough to stick and saw his ice time increase with every passing game.

The Gatineau, Quebec native is also the first player from his city to win gold at World Juniors since Daniel Briere in 1997.

“Yeah that’s huge,” said Hinds. I didn’t know this before, someone told me midway through the tournament. It’s nice. I have that…