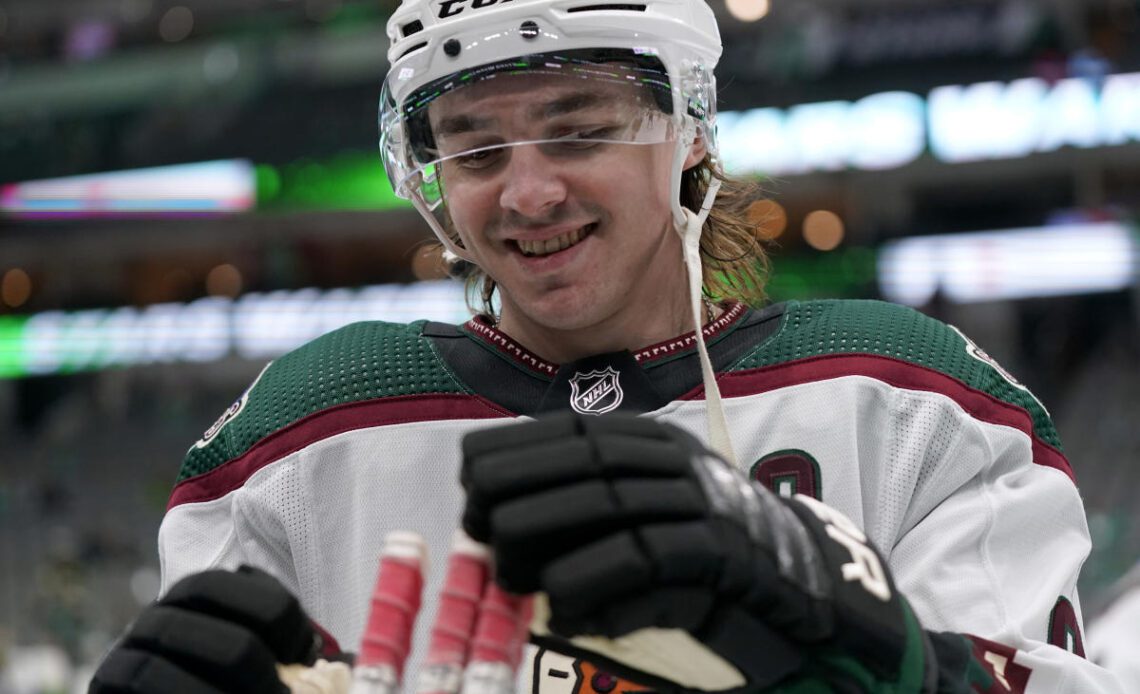 Sometimes I try to think of a clever way to intro these DFS articles. Other times I wake up with food poisoning and just need to get to it. There are 11 NHL games Tuesday, and here are some players to target and to avoid.

Connor Hellebuyck, WPG at NAS ($35): Hellebuyck has once again shouldered a hefty load in net, but he’s been up to the task. The American goalie has a 2.39 GAA and .924 save percentage. Nashville has averaged 2.76 goals per game, 27th in the NHL, which makes this a hospitable road environment for Hellebuyck.

Logan Thompson, VGK at NJD ($25): Thompson’s rookie season has gone well, but he’s slipped recently. Over his last 10 games he has an .899 save percentage. Now he has to face a Devils team that has averaged 3.48 goals and 34.3 shots on net per contest.

Robert Thomas, STL vs. BUF ($19): Thomas had his first chance with a significant role last season and it paid off, as he had 77 points in 72 games. This year he’s averaged 19:21 per contest in ice time, an increase from last year, and has 43 points in 46 games. The Sabres are on the road for the second leg of a back-to-back, and they are in the bottom 10 in GAA and shots on net allowed per contest.

Nick Suzuki, MON vs. BOS ($15): Suzuki has had some bad luck hit, as Cole Caufield is out for the rest of the season. And yet, that may not be the end of it. The center’s 19.3 percent shooting is likely to regress, a trend the Bruins could kick-start as they have the lowest GAA in the NHL.

Clayton Keller, ARI vs. ANA ($17): Fresh off a hat trick, Keller has himself a great matchup as it doesn’t get easier than facing the Ducks. Anaheim has a 4.19 GAA and has allowed 38.8 shots on net per contest, both last in the league.

Jason Zucker, PIT vs. FLA ($16): Zucker skates on Pittsburgh’s second line next to Evgeni Malkin, and that has helped him bounce back from a tough campaign last year. In fact, Zucker has seven points over his last eight outings. The Panthers are another team on the second leg of a back-to-back, and Spencer Knight is expected to make his first start since January 8. He could be rusty, even with an AHL conditioning stint.

Carter Verhaeghe, FLA at PIT ($19): As I noted, the Panthers are on the road for the second game of a back-to-back. Plus, Verhaeghe and company are catching a Penguins team who has Tristan Jarry back in net. Since returning, Jarry has made 67 saves on 70 shots over two starts.