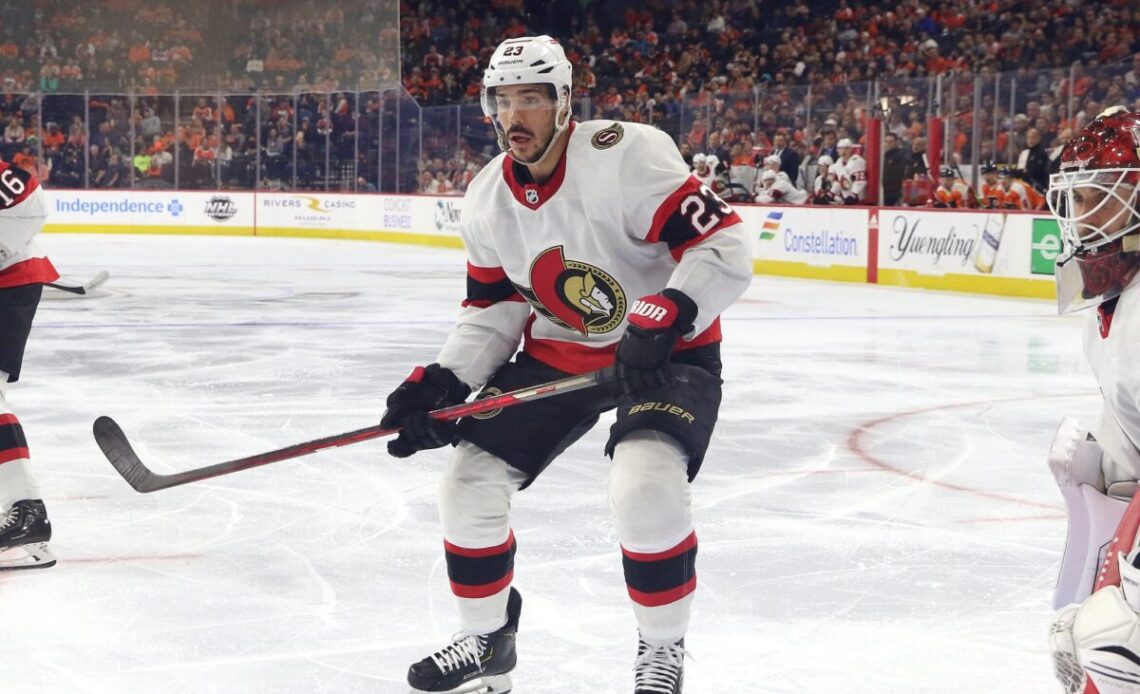 If there is one team that Boston Bruins general manager (GM) Don Sweeney has had some luck with trades, it’s the Ottawa Senators. Over the last two trade deadlines, Sweeney has made a pair of deals with his Atlantic Division foe, both times acquiring a defenseman.

In 2021, the Bruins acquired offensive defenseman Mike Reilly for a 2022 third-round draft pick. Last season, Sweeney acquired Josh Brown for prospect Zach Senyshyn and a 2022 fifth-round draft pick. This season, the Black and Gold own the league’s best record, but there are needs at the trade deadline. Once again, the Senators are on pace to be on the outside looking in coming to the Stanley Cup playoffs, and once again, Ottawa has some pieces that could fill a need. Here is a look at some of the players that could find themselves in a trade to Boston by the March 3 trade deadline.

Currently, Tyler Motte is on injured reserve with a broken finger, but he is expected to be back in the lineup by the trade deadline and Ottawa will look to move the 27-year-old winger. In 32 games this season, he has three goals and nine points, but the 5-foot-10, 192-pound offers flexibility by being able to play both left and right wing.

The postseason will be nothing new to Motte who was traded to the New York Rangers last season and helped them reach the Eastern Conference Final before falling to the Tampa Bay Lightning. With the Bruins, Motte would be a bottom-six addition and wing depth they desperately need. As an unrestricted free agent (UFA) following the season, the return for him would not be much as he carries a $1.35 million average annual value (AAV). This could be a sneaky-good move by Sweeney.

The Bruins are in the need of a defenseman ahead of the trade deadline, mainly because of concerns over Brandon Carlo’s healthy with injuries. He avoided a serious injury against the Rangers on Jan. 19, but an addition like the last two seasons is almost a must. Enter Travis Hamonic who is a veteran and has been solid this season for the Senators.

The 32-year-old has three goals and seven points in 45 games, but he is averaging 18:43 a night and would add another presence on the Bruins’ top-ranked penalty kill. Coming to Boston, he would not need to play on a nightly basis, but as a seventh defenseman, he’s solid depth for coach Jim…