Blackhawks’ Market for Toews Heating Up with 4 Teams Interested 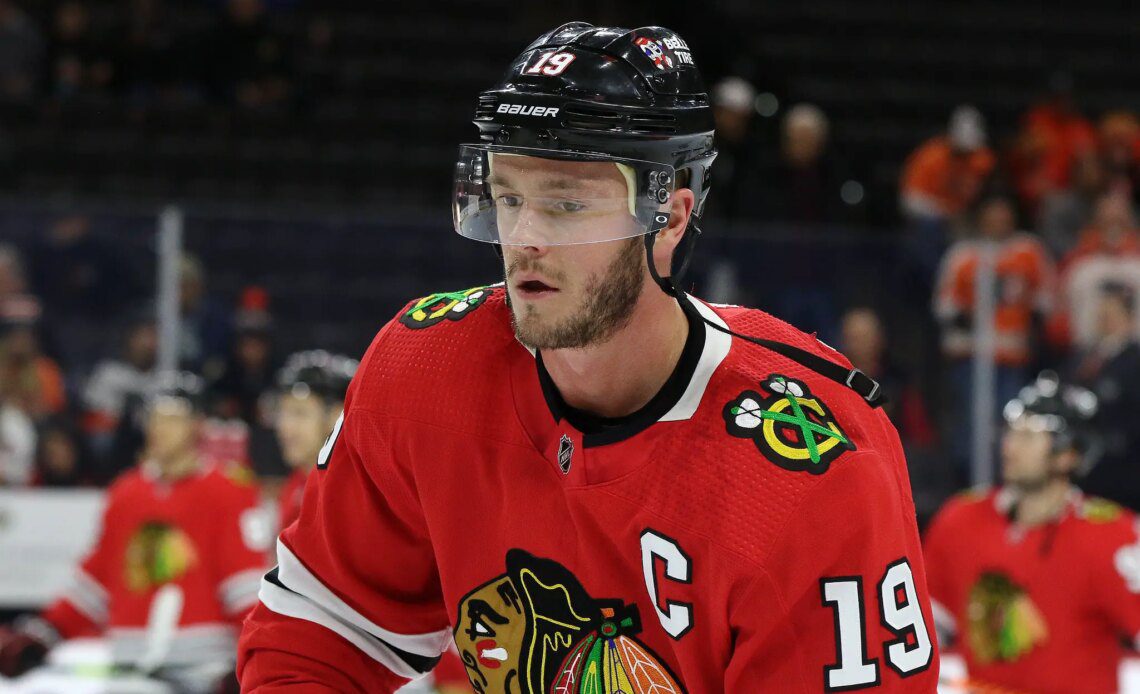 Chicago Blackhawks legend Jonathan Toews is currently one of the most-talked-about rental candidates heading into this season’s trade deadline. Although the 34-year-old is no longer the star who he was during his prime years, he is still an effective potential second-line center while playing at his best. In 44 games this campaign, the future Hall of Famer has 13 goals to go along with 27 points, so it is apparent that he can still make a difference offensively. With that, he also remains an effective penalty killer because of his strong defensive play, so he could be a big addition to a playoff team.

Toews has expressed frustration over the Blackhawks’ rebuild, so it seems quite likely that he would waive his full no-movement clause (NMC) to play for a contender. As a result, his market is currently heating up, as The Fourth Period has reported that four teams are expressing interest in him at the time of this writing. Let’s discuss them now.

After missing the playoffs in 2021-22, the Winnipeg Jets have responded beautifully this season. At this juncture, they sport a 31-16-1 record and are in very good shape to make the postseason because of it. Due to this fact, it makes sense that the Jets are aiming to improve their forward group. It is clear that their middle six could use a boost, and Toews would absolutely provide it with just that. Furthermore, it does not hurt that Toews is a Winnipeg native, so that could make him very open to accepting a trade to the Jets.

The Jets have just under $7.5 million of trade deadline cap space, so the Blackhawks would need to retain a decent chunk of Toews’ $10.5 million cap hit. However, this is needed in any trade centering around Toews, so it is highly doubtful that the Blackhawks would be against doing so. To successfully acquire Toews, the Jets would likely need to give up their 2024 second-round pick and 2023 third-round pick, as that is Chicago’s expected asking price.

After losing Nazem Kadri to the Calgary Flames through free agency, the Colorado Avalanche have yet to find a legitimate replacement for him at the second-line center position. As a result, it makes sense that they are aiming to beef up their center depth before the postseason. J.T. Compher has had a strong…