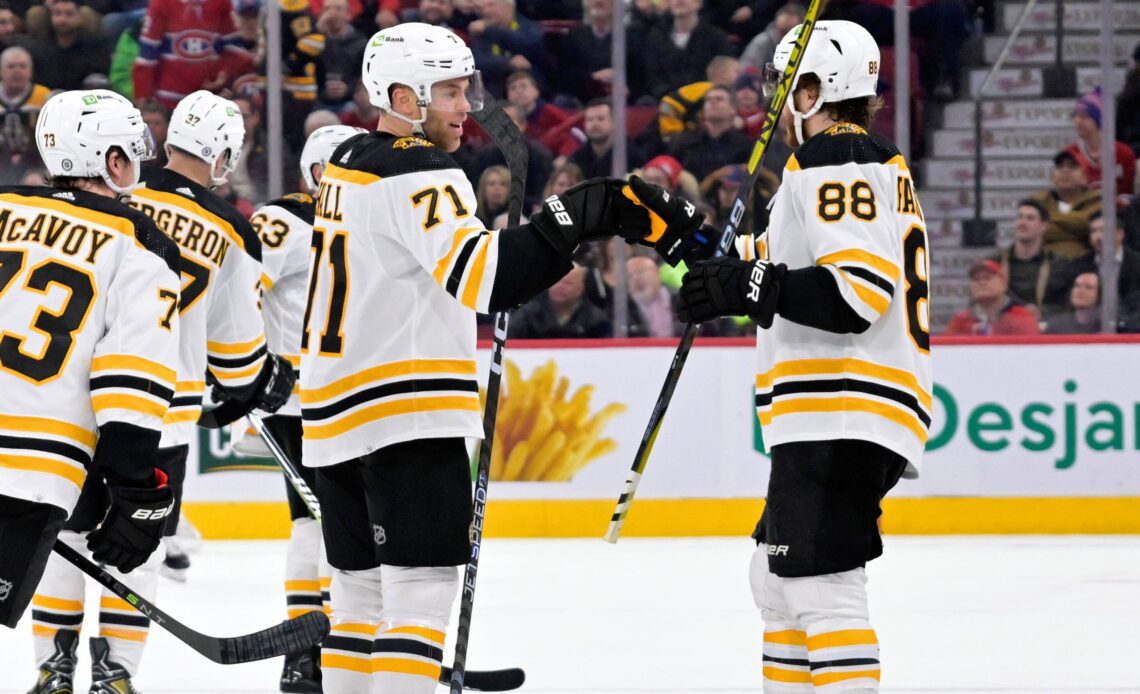 Even after 19 seasons in the National Hockey League, scoring a game-winning goal at the Bell Centre is still special for Patrice Bergeron.

Bergeron’s goal at 17:05 of the third period snapped a 2-2 tie and lifted the Boston Bruins to a hard-fought 4-2 victory over the Montreal Canadiens on Tuesday night.

“I grew up a Nordiques fan coming from Quebec City but I do understand and recognize the tradition, everything has been through, and all the legends that have been wearing that jersey,” Bergeron said.

“For me, it’s a lot of pride to play for the Bruins with that same kind of tradition and legends of the game and be a part of it. So I always try to enjoy and make the most of it.”

For Jeremy Swayman, who made 19 saves in Boston’s sixth straight win, it was “a special day.” The netminder added that he got emotional during the pre-game introduction when the Canadiens entered the ice to Coldplay’s Fix You.

“It’s just something special and when you hear that and how it’s been happening for a while,” Swayman said. “Literally tears almost to my eyes and that’s what I love about this game.

“Being part of the Original Six rivalry like that. You know, it’s more than just the game itself. So that was pretty emotional. But other than that I was just focused on the game.”

Taylor Hall and David Krejci also scored for Boston (38-5-4) in the first game between the storied rivals since April 24, 2022. David Pastrnak scored an empty-netter in the final minute and also collected three assists.

David Pastrnak records three assists then adds an empty netter in Boston’s 4-2 victory over Montreal. The NHL-leading Bruins are the fastest team to 80 points in league history (47 games).

With the win, the Bruins become the first team to reach 80 points and the fastest team in history to reach the mark, in only 47 games. The Canadiens and Flyers held the joint record with 49 games.

“A lot of it is confidence. We keep winning, right?” said Pastrnak about the feat. “But at the same time, we are all going every single night. All four lines are there for each other and they are all playing together and we are a tight group, so that’s probably the big one.”

“I’m proud of the resilience every night to find ways to win games,” Bergeron added. “Ultimately, that’s the business we’re in. We try to win hockey games and sometimes you don’t necessarily ask how.”