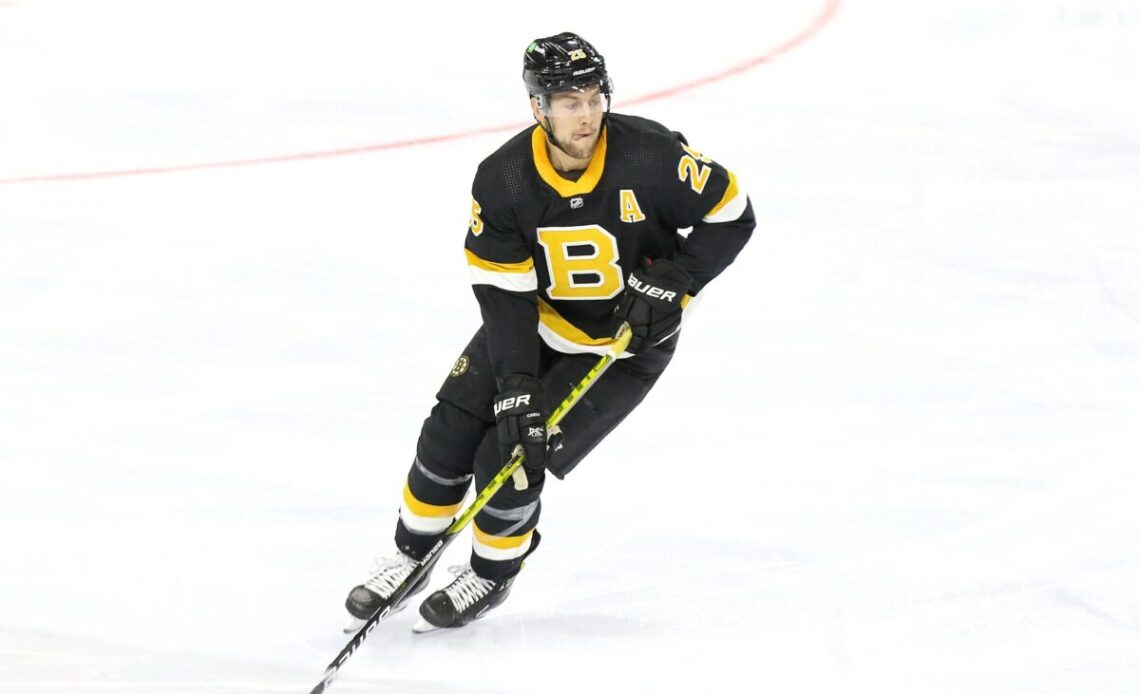 Welcome to the latest edition of the Boston Bruins’ 3 Up, 3 Down for the 2022-23 season. This will be a weekly column released on Mondays chronicling the highs and lows of the previous seven days.

Another week down for the NHL’s best team, but despite their success, the Boston Bruins had some ups and downs in the last seven days. In the latest edition of Bruins’ 3 Up, 3 Down, the injury bug returns, the Black and Gold continue to get production from an unlikely group, the special teams get mixed results, and more.

Plus One: Production From Defensemen

You would never know it because of all the winning the Bruins have been doing, but there was a stretch where they were getting no production from their defense, something that you figure would go up with the new system. Over four games last week, the Bruins got six goals from their blueliners.

Matt Grzelcyk, who scored the game-winning goal in a 4-3 win over the Toronto Maple Leafs on Jan. 14, scored against the Philadelphia Flyers on Jan. 16. Charlie McAvoy and Derek Forbort each had a goal in a 4-1 win over the New York Islanders On Jan. 18 and Connor Clifton finished off a 2-on-1 with Brad Marchand against the New York Rangers on Jan. 19 in a 3-1 victory. Against the San Jose Sharks in a 4-0 win on Jan.22, Hampus Lindholm opened the scoring with a first-period goal, before Charlie McAvoy added one in the second period. Boston is getting production from up and down their four lines and any production from the back end is going to make them tougher to play against.

If there’s one thing that the Bruins have been able to avoid this season, it’s a lot of injuries. Unfortunately, their luck seems to be running out. They avoided a major injury against the Islanders in the third period when Patrice Bergeron took a deflected slap shot to his face. After being helped off the ice by his teammates, he was able to return and finish the game. Brandon Carlo was not as lucky.

Early in the second period against the Rangers, the Bruins’ big physical defenseman blocked a shot and was not seen again. After two days off, he returned to the lineup against the San Jose Sharks on Jan. 22. Tomas Nosek missed the Islanders game with an injury, but returned against the Rangers, and suffered a long-term injury with a broken foot that will sideline him for at least…