Weekly Recap: Belleville Sens look to put difficult week behind them as they begin road trip 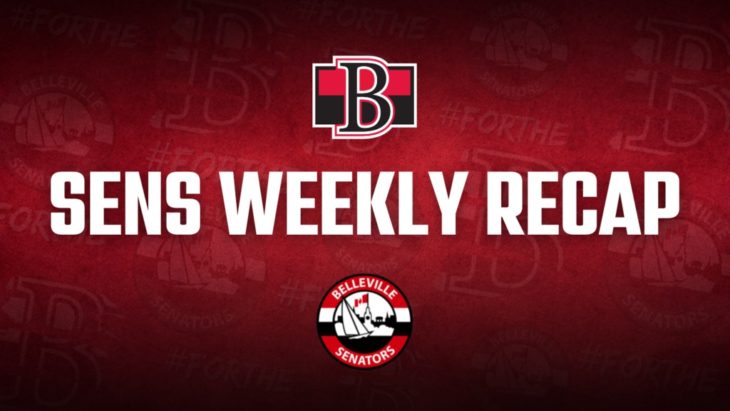 Following a tough six-game homestand which featured a difficult 1-4-0-1 record, the Belleville Senators are looking to reset this week as the team visits North Division rivals the Laval Rocket before heading to Springfield for a weekend set against the Thunderbirds.

The Senators began their week with another high-scoring edition of the Battle of Ontario. Despite a pair of markers from Matthew Boucher and Kyle Betts’ first American Hockey League goal. The Marlies, led by captain Logan Shaw and his three-point performance, stole the show as they held on for a 6-5 shootout win.

Belleville once again fell just short of the Marlies in another tightly contested North Division affair. After taking a 2-2 score into the third. Toronto regained their lead finding the back of the net to make it 4-2 before Jacob Larsson answered for the Senators. In spite of that tally and a late push, the Senators couldn’t draw any closer as they fell in regulation time.

The Senators built a two-goal lead through tallies from Scott Sabourin and Viktor Lodin after forty minutes of play. However, Hershey would come from behind, scoring four unanswered times in the final frame to win in dramatic fashion.

HIGHLIGHT OF THE WEEK:

Matthew Boucher put on a show last Wednesday which included this nifty one-handed goal vs the Marlies!#ForTheB |